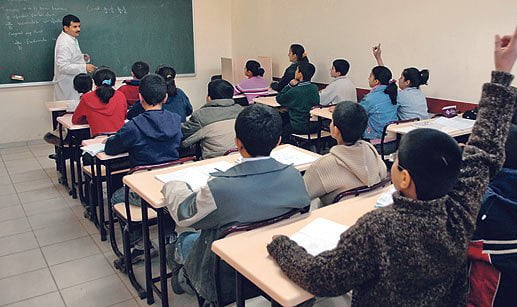 The government decided to close down the dershanes in November of last year, creating massive debate among the public. With their affordable fees, dershanes are regarded by middle or low-income families as an equalizer of educational opportunities. Although there has been a strong public reaction against the closure of these schools, the government insists on shutting them down.

A report released by TOBB on Tuesday said the government plan will see the closure of around 3,000 dershanes across Turkey, leaving 60,000 teachers without jobs. The report said the closures will also waste $1 billion of investment. “It is hardly possible to replace the quality education provided at dershanes with a better one in this government plan. … Families are being left with no option but to have their children receive private tuition, therefore contributing to unregistered economic activity,” the TOBB report said.

Parliament agreed on new legal regulations for education in February, including a plan to shut down the dershanes, which prepare students for competitive high school and university entrance exams. The regulations have drawn criticism from various circles, as they will force private investment out of the market for no solid reason. Many business unions have criticized Prime Minister Recep Tayyip Erdoğan’s ruling Justice and Development Party (AK Party) for placing an extra burden on private entrepreneurs as part of a plan to crack down on opposition to his government.

Observers have argued that the AK Party is targeting dershanes and schools that are close to the faith-based Hizmet movement inspired by Turkish scholar Fethullah Gülen, whom Erdoğan accuses of plotting to overthrow his government. Gülen has dismissed these claims as baseless, while Erdoğan has failed to provide evidence to back his conspiracy theory. Many dershanes in Turkey are run by the Hizmet movement, especially in eastern and southeastern Anatolia, where the population is generally poorer than in the rest of the country.

Market experts have said the government bill was drafted without any consultation and that the closure of dershanes will pave the way for politicization and nepotism in state education.