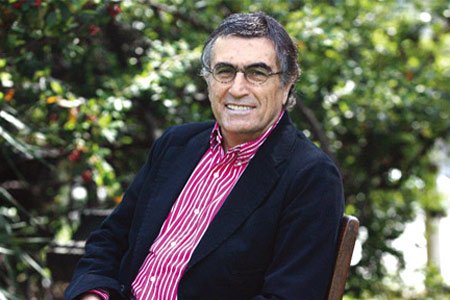 I am a person who knows the power of the Gülen Community (the “Cemaat”), or as the colloquial phrase goes, the Fethullahians or Fethullah-followers, very well.

I can easily say they are both powerful and competent.

How do I know that?

Yes, that is so. They are very well organized abroad. I was watching the European Football Championship in Austria and Switzerland in 2008. Turkey was in semi finals; we were going to play against Germany in Basel. All the hotels and pensions were booked, and I could not find a place to stay. I called a colleague from the community and explained my situation. Before long my phone rang, he was able to find a place for me to stay in Basel in a couple of hours.

In 2010, I was in South Africa, watching the World Cup. One of the important games was in Durban; the other was in Cape Town. Again there were no rooms available. I got in touch with the community once again, and in the end they were able to host me, as in Basel, in the dormitory of a Gülen school.
How else do I know of the power of the community?

It might also give an idea of the power of the community that some top businessmen visit Fethullah Hodja in the United States from time to time. I also met Fethullah Hodja at the beginning of the 1990s, and witnessed his conversations in different environments. In those conversations he mostly focused on tolerance, dialogue and reconciliation. I was impressed by some of his ideas and his peaceful stance; I have written about this atmosphere positively.

The community is also involved in the business world, as well as education and universities.
What about the judiciary and the police? There is not much doubt the community has become very powerful, especially in the judiciary and the police, and has been very influential at certain critical points. It is known that they have undertaken very effective roles in the weakening of “military tutelage” – in other words in the Ergenekon and Balyoz (Sledgehammer) cases – for better or for worse.

The Fethullah-followers in the judiciary and the police have played another critical – and I think wrong – role in the Kurdish issue and the PKK matter, with the recent KCK operations, extending to the “National Intelligence Organization (MİT) incident.” The KCK is the Kurdistan Communities Union, the alleged urban wing of the outlawed Kurdistan Workers’ Party (PKK).

Yes, that was wrong.

But, do these interrogations constitute a “judicial coup attempt” against Prime Minister Recep Tayyip Erdoğan?

This is an exaggerated viewpoint. It involves too much conspiracy. However, isn’t it true that the power of the community in the state, especially in the judiciary and police, bothers the ruling Justice and Development Party (AK Parti) and Prime Minister Erdoğan?
It does, all along the line.

Didn’t some developments in the Balyoz case, or the İlker Başbuğ incident, bother Erdoğan?
No doubt they did.

Did Erdoğan underline the community’s presence in parliament under the AK Parti umbrella during the last general elections? He did, and in a serious way.

It is a fact that the community cannot take Erdoðan down, they don’t have such power. Moreover, the community would not want to fight with the government, with Erdoğan.

On the other hand, the community regards Erdoğan as inadequate in some respects and criticizes him. The community does not opt for a “fight,” especially with “the state.” This stance is not new. It goes back to the past – to Sept. 12, to Feb. 28.

The people I know from the community are people who have generally adopted democracy. What is important for them is to reach peace and serenity by accepting democracy and the rule of law as the joint platform.

Hasan Cemal is a columnist for daily Milliyet in which this piece appeared on Feb. 16. It was translated into English by the Daily News staff.