It is fascinating watching how the world rotates around an autocrat. The minions rushing around seeing to his every whim, the heavily armed men ready to spray paint your blood on the walls and the travelling fan club applauding every improbable promise he makes.

It is even more fascinating watching a bully not getting his way, and not being able to do anything about it.

Erdogan led a high-powered government and business delegation to Tanzania, Mozambique and Madagascar this week, signing trade agreements with the three countries and promising massive investment. On the surface, it looks like Turkey expanding its reach and wanting to get in on the action, particularly infrastructure development, on the continent.

When you listen to Erdogan’s sales pitch however, he sounds a little… desperate.

As Erdogan’s armoured black Mercedes pulled away, followed by a large convoy of other sleek top of the range cars and military vehicles, many of the Mozambican businesspeople chuckled as they walked away.  “Maybe he’ll get lucky somewhere else,” one said to me. It turns out that nobody likes a bully, and in this neighbourhood, we have enough of our own.

It was evident from the beginning that he had a double agenda. The Turkish media made it clear ahead of the visits that Erdogan wanted the countries to agree to shut down schools being run by the Hizmet movement that follows the teachings of Muslim cleric Fethullah Gulen. Erdogan blames the movement for the failed military uprising in Turkey in July last year and wants Gulen, who is exiled in the United States, to be extradited to stand trial.

You would think Erdogan has a lot more on his plate right now than pursuing his former close ally, a 75-year-old religious scholar who preaches altruism and promotes education.

Erdogan has to convince the people of Turkey to consent to his super presidency through a referendum in mid April. His country is involved in complex conflict situations, including the war in Syria, the fight against ISIS and internally against the Kurdish separatists PKK. Turkey has also been the site of numerous terrorist attacks, including a suicide and bomb attack at Istanbul’s Ataturk Airport in June that killed 45 people.

But Erdogan has somewhat of an obsession with Gulen’s movement and has sought to crush the extensive network of business people, judges, prosecutors, teachers, doctors and journalists loyal to the cleric. Thousands of people have been imprisoned and fired from their jobs, while media houses have been closed down or taken over by the government.

Erdogan has been getting away with his authoritarian crackdown because of Turkey’s strategic role in the fight against ISIS and because of the deal with Europe to contain the flow of refugees from Syria. Nobody in the Western world wants to cross swords with him and create more problems for themselves.

Daily Maverick was invited to Maputo by the Willow International School that Erdogan is so desperate to shut down. Allegations of terrorist cells operating in a neighbouring state, particularly in a school, cannot be waved away and I took the opportunity to see what the fuss was about while Erdogan was in town. 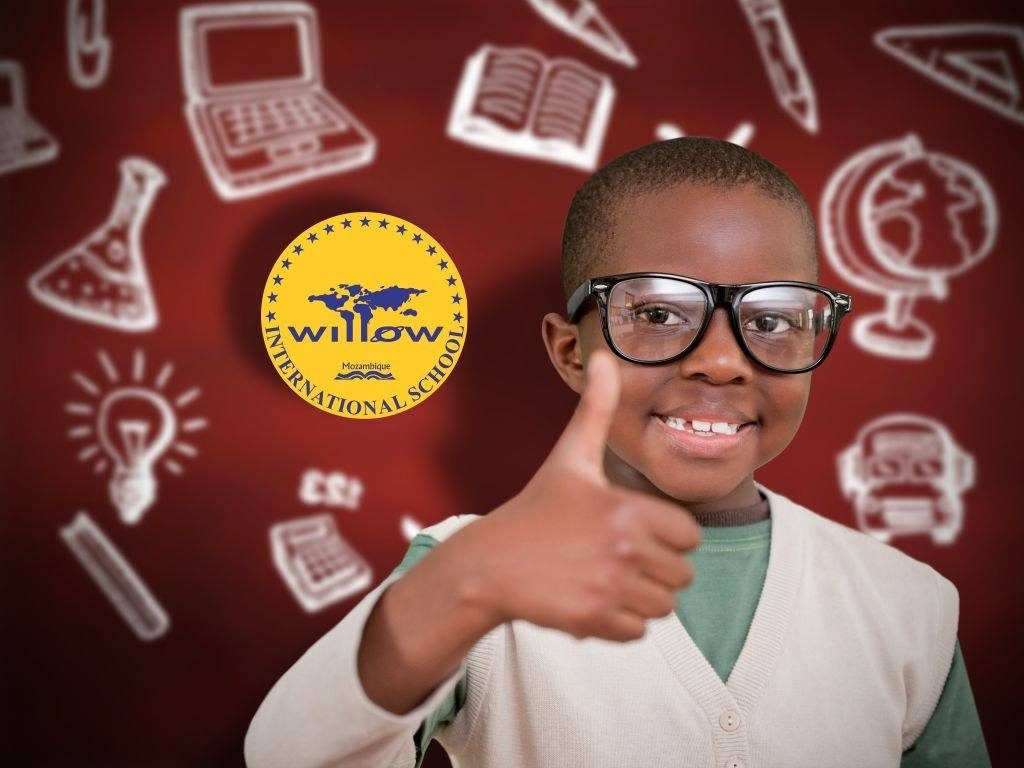 The school was started in Mozambique 16 years ago and now has sites in Maputo and Matola. It has educated children and grandchildren of former and current members of the cabinet, as well as other well-heeled families in Mozambique.

The Willow schools are well-resourced, have high-tech teaching aids, offer scholarships to local children and have been top performers in international Olympiads. Before the crackdown, top graduates from Gulen schools around the world could be placed at Turkish universities also affiliated to the movement. Many of the Hizmet schools and universities have since been shut down or taken over by the Maarif Foundation, created by the Turkish education ministry.

So, what makes Erdogan believe the schools are fronts for terrorist training camps? Who knows? With pretty pastel-coloured doors and furniture, jolly activity boards, little cots in nap rooms and multi-coloured jungle gyms, it is difficult to imagine the school as a setting for a terrorist boot camp. Perhaps Turkish intelligence believes 620 children from kindergarten to grade 10 are just as terrifying.

Granted, stranger things have happened in the world than terrorists hiding out in a school. However, it is unlikely that ministers, particularly those in the security portfolios, would allow their children to attend the schools if any suspicious activity was detected. 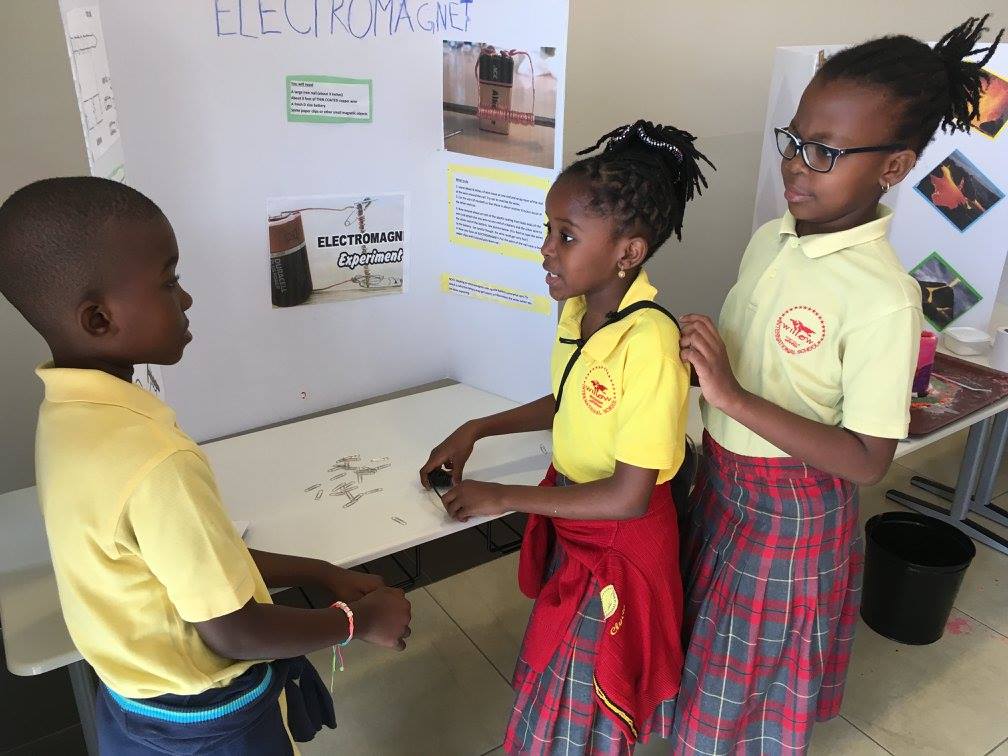 But Erdogan believes the Gulen network is up to no good and must be stopped. He held private talks with Mozambican President Filipe Nyusi on Tuesday morning where he apparently raised his demand for the schools to be shut. It also emerged that Erdogan handed a list of names of teachers and businessmen to Nyusi that he wants extradited to Turkey.

Since there was no official communication on this matter, it is difficult to know what exactly Nyusi’s response was. It is believed he said what every other country does when receiving such requests from Erdogan: Show us the proof.

With Erdogan unable to provide any evidence that the Gulen movement is involved in terror activity, he left Mozambique on Tuesday night without getting what he wanted. But before that, he and Nyusi had to address a business conference at a Maputo hotel attended by Turkish and Mozambican business people.

The presidents were escorted into the conference room by a phalanx of officials and security personnel. While Nyusi sat on the stage impassively, Erdogan scanned the faces in the room. I wondered what would happen if he spotted anyone he identified as being affiliated to the Gulen movement. Would they be executed on the spot? Would they be bustled out by the heavily-armed security personnel never to be seen again?

What about a journalist who had just been to a Gulen school? My heart stopped when one of the world’s biggest bullies locked his eyes on me. His gaze drifted away and then came back. I am still not sure if the screaming was only my head.

Apparently content that there were no interlopers in the room, Erdogan dozed off during the preliminary speeches. When Nyusi spoke, he scribbled notes with a glittery silver pen, summoning officials who scrambled frantically to carry out his instructions – mercifully none to forcibly remove anyone from the room.

Nyusi was courteous enough in his speech and welcomed potential investment in his country. While this was Erdogan’s first official visit to Mozambique, there was none of the fanfare that normally goes with state visits. There were no Turkish flags in the streets and reportage in the Mozambican press was negligible. Mozambican television stations did not carry any of the Erdogan’s activities in the country live.

Erdogan did make one heck of a sales pitch at the business conference, which was highly appreciated by the Turkish businessmen travelling with him. They stood and applauded intermittently as he dangled the prospect of new roads, bridges, houses, airports and railway lines in Mozambique. He bragged about the boom in infrastructure development in his country, including transport systems under the Bosphorus strait.

He asked the Mozambican government for a big piece of land to construct a massive new embassy building. He also said the Turks could teach the locals “how to do business without money in your pockets”.

While the Turkish delegation applauded and cheered, the response from the Mozambicans was muted. It was clearly not what Erdogan had expected.

Before he left, Erdogan told the Turkish press pack travelling with him that he had made a “friendly, brotherly request” to his hosts to get rid of the Gulen supporters. As his armoured black Mercedes pulled away, followed by a large convoy of other sleek top of the range cars and military vehicles, many of the Mozambican businesspeople chuckled as they walked away.

“Maybe he’ll get lucky somewhere else,” one said to me. It turns out that nobody likes a bully, and in this neighbourhood, we have enough of our own.

KYM* has started construction of a medical center in Northern Kenya near Dadaab Refugee Camp as well as delivering food and medical aid to those Somalians who are suffering with hunger and thirst. The Somalian people had migrated with their families to Dadaab Refugee Camp, which is on the Kenya-Somalia border, between June and July […]