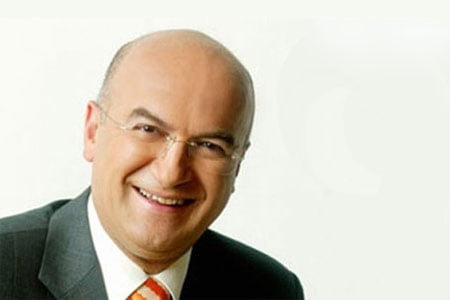 Everybody should be thankful that Turkey proceeds the way it does. It has never disappointed us by keeping dull moments away from us and offering instead a constant stream of surprises. Often, a single day has meant a full year — 24 hours equaled to 365 days, in terms of events and developments.

One can only conclude that Today’s Zaman, celebrating its sixth anniversary on Wednesday, has a record of such an intense coverage that it can easily compete with other publications elsewhere with an institutional memory of a century.

First, as an outside contributor to this extremely important daily, I would like to extend my gratitude to all its “invisible” staff — hardworking, professional and utterly “cool” — for every day preparing and presenting a publication of loaded content which mirrors so many aspects of Turkey: its people, culture, politics, lifestyles, dreams and fears, as well as of others who have, for various reasons, chosen to live here. Thanks for an excellent job, in a constant fight to keep the flag of quality high. I also wish Editor-in-Chief Bülent Keneş more success, insight and luck in the future endeavors of Today’s Zaman.

It has been not only an intense but a fast-paced six years. I still remember the mood of anticipation and excitement when we all met at Zaman’s headquarters. It was a time of intense change (as it is now), and the eyes of the key capitals of the world were fixated on a different Turkey taking shape. The old ways of narrating its developing story were failing to make people understand what was really going on around here; many had found its complexities perplexing.

Transformation had already started after the end of the huge economic crisis, and the new political players — representing a shift from the corrupt political classes had unleashed a process, with the help of the EU accession dynamics — in which the dusty Pandora’s box had already opened.

Today’s Zaman, it seemed, was borne out of a natural urge to do what its old rival has failed to do (for various reasons): to establish a broad spectrum of unprejudiced, non-selective, bold coverage; to build a team of pundits around the main libertarian/democrat axis (affiliated with its different undercurrents, including occasional disagreements within) and keep the external world informed and even as a participant on the key developments in and around Turkey.

Of course, in the times preceding the launch in January 2007, none of us had any clue that our dear Armenian colleague, Hrant Dink — may he rest in peace, would be murdered three days later. This horrendous event arrived like an evil tsunami crashing over us, changed many of us to the core, and also helped define the very identity of Today’s Zaman, testing it successfully.

This event taught those in the paper about how tough Turkey’s transformation would be, and how challenging its bold coverage. I can say, for myself, that the ray of hope he left behind, for a free, honest and tolerant Turkey is the one that illuminates the future path of this newspaper.

The past six years were filled with successes and impacts but also some failures and mistakes — as with every newspaper. The main success depended upon the wide coverage of all sensitive issues (the Kurdish and Armenian questions, etc.) and, in time, its editorial line, endorsed by opinion much wider in scope than its rival, dispersed all the suspicions and assumptions (that it would only be a conservative community paper) and established it as the fresh voice and reason of the new Turkey.

When it comes to mistakes, some hiccups on judgment may be mentioned. Today’s Zaman could be more fair and critical in the news coverage of sensitive political trials; in the Şener, Şık and KCK cases, for example; in scrutinizing the shortcomings of the government more consistently. It also had the chance to reprint key parts of the WikiLeaks cables (as Taraf did) on Turkey for foreign readership, but did not use it. It lost a very valuable pundit, Andrew Finkel, in a crisis that could have been averted. It still has challenges ahead in covering gender equality and poverty issues more intensely.

Nevertheless, six years later, I am proud to be part of Today’s Zaman and am sure that others share the sentiment. If you read it, when you do, feel certain that you are closer to Turkey’s truths that rivals — whether published in Turkish or English — are still desperately looking for.