A man who has been campaigning for a protest in front of the house of Turkish Islamic scholar Fethullah Gülen, now residing in the US, is a member of the far-left Turkish Communist Party (TKP), the Bugün daily reported on Thursday.

Armağan Yılmaz, who reportedly runs an ad agency in Orlando, Fla., is leading a campaign on social media calling for a protest in front of Gülen’s house in Pennsylvania. The slogans used in the campaign include insults and threats against Gülen. 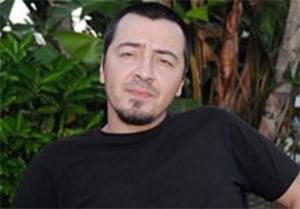 Bugün said Yılmaz is an active member of the TKP and that he has carried out activities on behalf of the far-left group in Turkey’s Yalova province.

A statement on the herkul.org website, which broadcasts weekly speeches of Gülen recorded by his close circle in Pennsylvania, said Gülen’s doors are open to everyone. “We are following the path of [13th-century Sufi philosopher and poet] Mevlana [Jalaladdin Rumi]. Our hearts and doors are open to everyone. We have all kinds of tea and refreshments here. Freedom of expression and thought is what we have also been defending unless it contains insult. This right can be used within limits of law and with necessary permissions from authorities if needed,” the statement said.

The statement, however, was met with a harsh reaction from Yılmaz, who said he and his friends do not have any intention to drink tea.

“They know me and my friends well. But they underestimated us for a long time,” he was quoted as saying by Bugün.