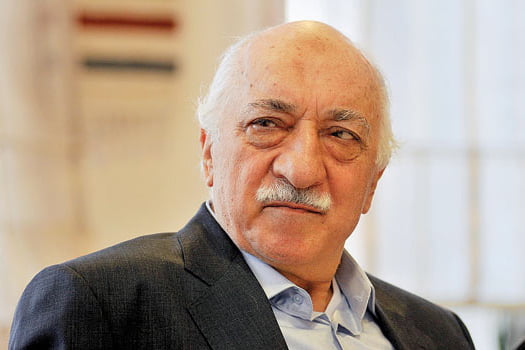 The Gülen movement (aka Hizmet movement) will be discussed at the Arab League following similar sessions held at the Russian Parliament, the European Parliament and the British House of Lords.

Leading academics from various countries will discuss the role of movements in the Muslim world and the experiences of the Gülen movement at Arab League headquarters in Cairo. The conference, jointly held by Cairo University’s economic and political science faculty, Academic Studies and the Internet Foundation from Turkey, and Hira magazine, will start Oct. 19 and last for three days. It will be broadcast live on the Internet at arabturkdialog.com.

Professor Nadia Mustafa, the chairman of the program for civilization studies and dialogue of cultures at Cairo University’s faculty of economics and political science, said the influence of the conference will be felt both in Egypt and throughout the Arab world. Noting that they have previously hosted many conferences but none like this one, which has already created much enthusiasm and interest, Mustafa indicated that they decided to organize the event in order to get to know the Gülen movement better.

Popular appeal of the Gülen movement
Mustafa pointed out that while the Gülen movement has recently been examined by intellectuals at Arab universities, the movement is not sufficiently well known. “This movement acts as a purely civilian organization that does not clash with the governments in Turkey or around the world. We want to know how they can do this and how they can achieve this popular appeal,” he said.

A first for Arab League
Noting that organizing the meeting at the Arab League is the best example of rapprochement between Turkey and Arab countries, Nil Yayınları and Hira magazine’s Middle East chief Şükrü Şahin said this is the first time the Arab League is hosting a conference of this nature.

Professor Bayyumi, who serves on the conference’s organizing committee, said the Arab world’s attention towards Turkey and the interest in the Gülen movement had paved the way for the organization of this kind of conference. Underlining that the conference will focus on the Gülen movement’s Islamic background and global effects, Bayyumi said they will search for answers to questions such as “Why has the Gülen movement been more successful in positive dialogue than other Islamic movements?”

Movement previously discussed around the world
The Gülen movement was previously debated at the Kremlin, the European Parliament and the House of Lords as well as by internationally recognized academics in many countries including Australia, Iraq, Yemen and Pakistan. The Arabic translation of books written by Fethullah Gülen, who has become increasingly well known and observed with greater interest in the Arab world, is in high demand.

The press agent for the conference, Dr. Besim Hafeci, underlined that thousands of people have already checked the Web site arabturkdialog.com, which will broadcast the conference live, adding that the site will continue to function as a bridge between the Turkish and Arab worlds by hosting publications even after the conference is held. In addition to the Gülen movement, the conference will address the improvement and efforts at renewal of other movements that have been active since the second half of the 20th century.

Host university also welcomed Obama
Cairo University, which is organizing the conference, is accepted as the most prestigious university of Egypt and the Arab world. Cairo University also hosted US President Barack Obama in June when he delivered his historic message to the Muslim world. The second organizer of the conference, Hira magazine, which has reached a circulation of 20,000 in its third year, is a quarterly science and culture magazine published in Arabic.

The Abant Platform and Al-Ahram Center for Political and Strategic Studies also organized a conference titled “Islam, The West and Modernization” in Cairo in 2007, which brought together many Turkish and Egyptian intellectuals.

Many academics from all over the world, from Indonesia to Ethiopia and from Uganda to Russia, are expected to attend the conference.

A conference titled “Ideal Human & Ideal Society in the Thoughts of Prophet Muhammad,” seeking to extensively discuss the various dimensions of the Prophet’s perspectives on an ideal society in a tumultuous time, was held over the weekend in Sarajevo, the capital of Bosnia and Herzegovina. The conference, held on April 12-14, was organized jointly […]