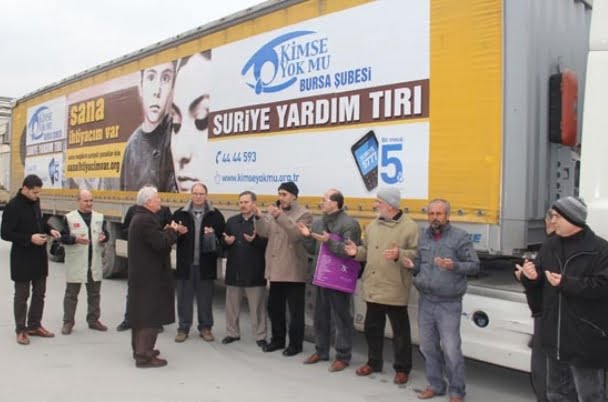 Turkish government, nongovernmental organizations and public are doing their best to show the greatest hospitality to war-weary Syrian refugees across the country. Kimse Yok Mu’s Bursa branch also made its best to contribute these relief works and the organization sent the next party of aid worth at TL 300,000 (USD 150,000) on Thursday. The load in the lorry, which was sent to Kilis, consists of basic supplies for the refugees such as food, blankets and clothes.

Organization volunteers and officials sent off the lorry after a small ceremony in front of the organization’s plant in Bursa province.