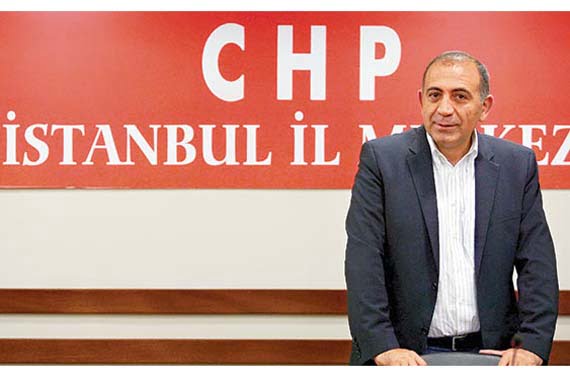 Republican People’s Party Deputy Chairman Gursel Tekin gave the daily Zaman noteworthy statements on Turkey’s heated agenda. Speaking of the controversies over naming the third bridge as “Yavuz Sultan Selim”, Tekin expressed his support for Fethullah Gulen’s remarks, saying, “Let’s not sacrifice all the bridges to build one. To me, we should not ruin the order when an atmosphere of breaking bread among Sunnis- Alevis and all pervades.” “These words are certainly right and valuable. We definitely shouldn’t destroy thousands bridges of brotherhood built to date for the sake of one,” Tekin said. Arguing that when unsolved troubles persist, another one shouldn’t arise in the form of a controversy over a bridge’s name, Tekin further said, “We shouldn’t let this disturb out thousands of Alevi fellows.”

Gursel Tekin also touched upon the Feb 28 investigation in the run-up to its lawsuit stage. He asserted that the Feb. 28 period hasn’t been truly settled. He related how billions of dollars was siphoned from laborers, villagers, farmers and retirees at the time. “Let us call them to account. The ruling party has to inspect the financial accounts too. You can see all the relevant documents at TMSF (Saving Deposit Insurance Fund of Turkey) today. We are talking about 96 billion dollars. Bank accounts and media also needs inspection if a true settlement is desired”.

Regarding the controversy surrounding the deceased president Turgut Ozal’s death, which has revived after the exhumation and forensic report, Tekin said the answer in Ozal’s death is hidden deep down the tunnels in Ankara and needs to be searched there. “The entire 93 period witnessed a succession of incidents. As the parliament, let us settle the unsolved crimes and make a history,” Tekin urged. He further alleged that extreme groups have hijacked the Gezi Park incidents but among them are also state-empowered groups. He demanded inspection of all the surveillance cameras in sight.

It is heinous if that woman was really assaulted

Furthermore, Gursel Tekin remarked on the incident that involves the assault on Bahcelievler Mayor Osman Develioglu’s daughter-in-law, by a group of Gezi Park protestors. Noting that he cannot admit it’s true, Tekin said “If it really happened, it’s shameful and heinous. If killing five men is a heinous act, equally so is this. We need to see the records, they should show us.” Speaking of the speculations on his nomination as Istanbul mayor in the upcoming local elections, Tekin said the decision of Chairman Kilicdaroglu and CHP body is what matters. “I’m ready to stand by whoever is nominated. And if it’s me, I will do what it takes. Thanks God, we have the determination and power to govern not just one Istanbul but several of them.