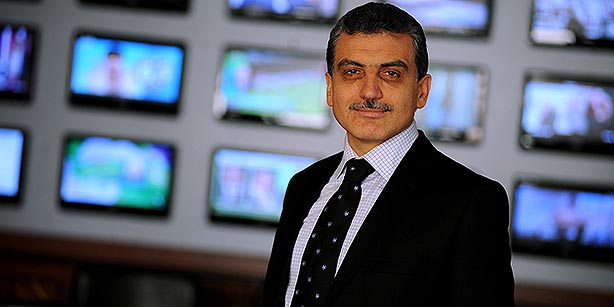 Documents published by the private Cihan news agency on Saturday show that a judge turned down an official request from British journalist Barry White to visit Karaca, who has been imprisoned since Dec. 14, 2014, when he was detained along with dozens of others in a police operation against what President Recep Tayyip Erdoğan calls the “parallel structure.”

The IFJ, EFJ and NUJ represent more than 600,000 journalists in 134 countries, according to the petition addressed to the Turkish authorities. Karaca, who is currently being held in Silivri Prison without any indictment or any reason for the extension of his arrest, was detained just three days before the first anniversary of the massive corruption investigations of Dec. 17 and 25 that implicated people in the inner circle of President Erdoğan.

Erdoğan, who was the prime minister at the time, denied the claims of corruption and described the scandal as a plot against his government by foreign powers and the Gülen movement, also known as the Hizmet movement, which Erdoğan says has set up a “parallel structure” within the state. In the December 2014 crackdown, Karaca and three former police chiefs were arrested on charges of leading a terrorist network, while other detainees, including Zaman Editor-in-Chief Ekrem Dumanlı, were released pending trial.

Abant Platform and African Union Commission are jointly organizing an International Forum titled “Freedom of Speech and Respect to Sacred” on 8-9 March, 2014 in Addis Ababa, Ethiopia. Sessions will be in the form of free discussions in the spirit of the Abant Platform. The program will be held at the Large Conference Hall of the African Union Commission Headquarters.