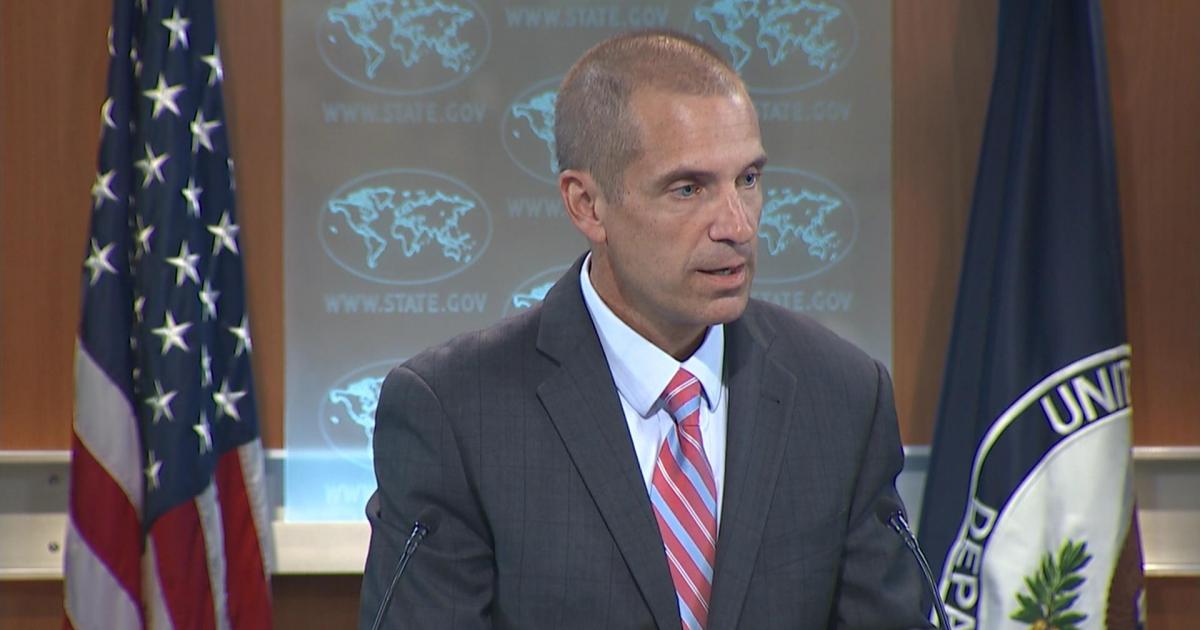 During a daily press briefing on Thursday, Toner was asked if the documents sent by Turkey constitute a formal extradition request for Gülen.

“..an initial tranche that we had received from them [Turkey] did not, we believe, constitute a formal extradition request,” Toner said.

The US spokesman added, however, that they subsequently received more documents. “We’re looking through them, and I think they’re trying to figure out whether this is the full request. And I don’t think they have reached that determination yet. … It’s not something that is necessarily an overnight process. It takes time to evaluate the evidence that’s presented,” Toner said.

He also rejected once more the claims that US was involved in the attempted coup, saying they are absurd. “…we’re conscious of the fact that after an event like this there’s lots of conspiracy theories, lots of allegations tossed about, but the suggestion that the United States was in any way involved in the attempted overthrow of the government – the democratically elected government of a NATO ally, a major NATO ally, is just absurd,” Toner stated.

As an answer to a question about the massive purges in Turkey that took place after the failed coup attempt, Toner said, “…we’re making very clear that the Turkish Government – again, while we understand the basis for its actions – that it also bears in mind that it must hold true to its democratic standards. … But as to the extent or the scope of the government’s crackdown, if you will, after the coup, we’re watching it closely. We’ve expressed our thoughts about it to our Turkish counterparts and we’re going to maintain that dialogue with them going forward.”

A group of rebel soldiers, acting out of chain of command, attempted a military coup at around 10 p.m. on July 15. The Turkish government managed to suppress the coup attempt and launched a large-scale crackdown across the country on media, public servants, judges, prosecutors and teachers, along with rebels within the army. The detentions, arrests and massive purges that followed the crackdown widened and increased after a state of emergency was declared on July 20, concentrating power formally into the hands of the president by allowing him and his cabinet to make laws by fiat.

Turkish President Recep Tayyip Erdoğan has accused the Gülen movement of being behind the coup attempt and demanded extradition of Turkish Islamic scholar Fethullah Gülen from the US. Thousands of public servants, judges, prosecutors and journalists were detained by the Turkish police for allegedly having links to the Gülen movement.

Meanwhile, Gülen issued a statement condemning the failed military coup attempt in Turkey, calling the allegations of his involvement “demeaning.”

The Gülen movement carries out charitable activities all around the world, including education, distributing humanitarian aid and providing drinking water especially in African countries.

The Gülen movement is not considered to have influence over the Turkish military, which is known for its Kemalist roots that is against the Gülen movement. The rebel military officials who attempted to stage a coup named themselves as “Council of Peace At Home,” in a declaration they forcibly had delivered via the state-run broadcaster TRT on Friday night. The name is a reference to “Peace at home, peace in the world,” which is a famous saying by Mustafa Kemal Atatürk, the founder of the Republic of Turkey.

Since a corruption investigation erupted on Dec. 17, 2013 and led to the resignation of four Cabinet ministers, Erdoğan has launched a witch hunt targeting shop owners, teachers, members of the judiciary, journalists and police officers who are accused of being affiliated with the Gülen movement, which is also known as the Hizmet movement. The graft probe implicated then-Prime Minister Erdoğan, members of his family and senior AK Party figures.

Erdoğan accused the Gülen movement of plotting to overthrow his government and said that sympathizers of the movement within the police department had fabricated the corruption scandal. Since then, hundreds of police officers have been detained and some arrested for alleged illegal activity in the course of the corruption investigation. Erdoğan openly said he would carry out a “witch hunt” against anyone with links to the movement. The Gülen movement strongly rejects the allegations brought against it.