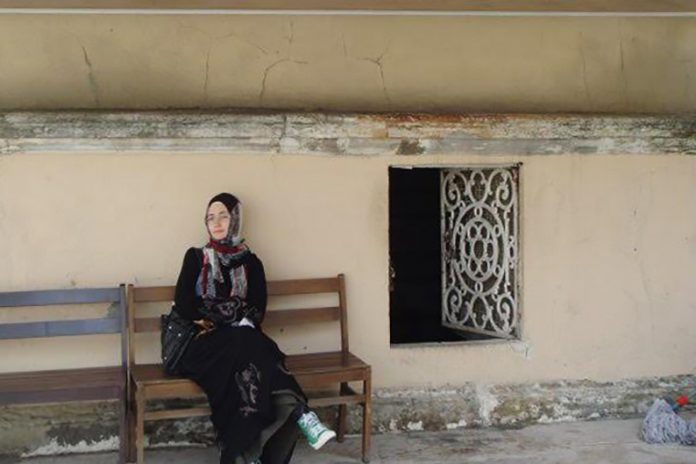 Kaya, who is in the 10th month of her arrest, is a mother of a two-year old kid.

Kronos.news news portal published a letter sent by Kaya to Sevinç Özarslan, one of the portal’s reporters, in which she said she is allowed to see her daughter only once in a month.

According to the report, she filed a divorce case after was subjected to violence, and the husband, in return, informed her on for alleged membership in a “terrorist organization.”

“The most sensitive issue here is mothership. It is already difficult for women to live in such a place. The longing for our kids unbearable. We do not know if there is any other investigation as part of which this many women were put under arrest. I am staying with teachers, doctors, academics, nurses and many others,” Kaya stated.

Kaya also said in her letter that she misses her baby more than anything.

“Last month a pregnant woman came here. There were no beds for her. I gave her mine so she could rest. I sleep on the floor now. We though she was going to give birth here in prison, as it took a month [for the prison management] to decide [to send her to a hospital]. I don’t understand why this is necessary.”

“I am neither the first nor the last person to be thrown into jail unjustly. […] I hope that all this will go away as if I am waking up from a bad nightmare. Do not worry. I am enjoying good health. What is worse, my family is ruined. I am hoping that your praying exhilarates them.”

Turkey survived a military coup attempt on July 15 that killed over 240 people and wounded more than a thousand others. Immediately after the putsch, the AK Party government along with President Recep Tayyip Erdoğan pinned the blame on Turkey’s Gülen group.

However, hundreds of people have been detained and later arrested on charges of membership in the group.