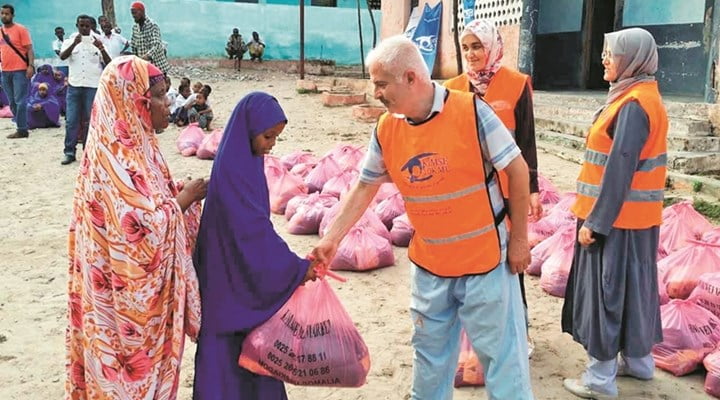 The chairman İsmail Cingöz released the copy of the cabinet ruling on October 2, 2014 via twitter. Rumors over a potential removal of the status had been circulating in the past few weeks and received wide condemnation.

One legal challenge is against the state council to block the ruling of the cabinet. The non-profit will also sue the Interior Minister Efkan Ala, the Ministry inspectors, and other involved officials on numerous grounds, including malfeasance, discrimination and defamation. Thirdly, the nonprofit is also filing lawsuits against numerous pro-government newspapers for damages totaling over TL 1 billion.

Chairman Cingöz condemned the ruling in the following tweets:

“The plot to finish Kimse Yok Mu is done!!! The announcement reached us after being disclosed on the pro-government newspapers Takvim and Star”

“This ruling is a persecution against the millions in need”

“none of the other non-profits had any comparable presence to Kimse Yok Mu.”

“the people will never forget who cosigned this ruling.”

Meanwhile İsmail Cingöz stated that the nonprofit will go forward with its campaign “during the Eid Mubarak to provide food to needy. Donors will bring their animals of sacrifice without any concern. “

On the recent ruling the chairman added, “we had promised to 72 nations to provide sacrifice animals… we will keep our promises.”

Kimse Yok Mu was one of the twelve non-profits given a status to collect donations without pre-approval. “This is plot to turn the Kimse Yok Mu into any other non-profit,” Cingöz wrote.

On Monday Deputy Prime Minister Bülent Arınç had denied that such a ruling was being considered. His signature is also featured in the document pertaining to the cabinet ruling. Arınç had said to the press, “such a status cannot be causally granted and revoked. There has to be a legal basis for any ruling; if not then the directors of the nonprofit can file a case against the cabinet.” Arınç had also stated that the cabinet meeting did not feature any discussion of Kimse Yok Mu’s status.

Independent parliamentarian and former Turkish soccer star Hakan Şükür criticized the cabinet ruling on twitter, saying: “those who steal food from the poor will one day be stranded. Almighty Allah has seen those signatures.”

Journalist Mustafa Akyol wrote, “I condemn the current government for its persecution of the Kimse Yok Mu.This witch hunt has exceeded all boundaries of reason and morality.”

The former police chief of Turkey’s southeastern province of Hakkari said, “the removal of Kimse Yok Mu’s status will only serve the terrorists in the PKK (Kurdistan Workers’ Party).

Since the start of the offensive, the Kimse Yok Mu foundation has worked to bring in much-needed aid and assistance, and it is still a point of hope for many of those whose lives were shaken by the conflict. The organization has so far helped bring food, supplies and medicine to local hospitals, and it has recently provided around $500,000 in aid.