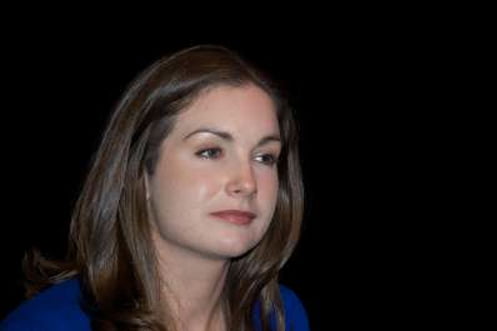 “MERHABA! MERHABA!” – the Turkish greeting echoes through the school corridor as neatly uniformed Ethiopian children welcome a visitor.That morning the children sang the Turkish national anthem along with their own. On the school walls, vocabulary charts to help pupils improve their command of Turkish hang alongside framed verses of Rumi’s poetry. In the principal’s office a portrait of Ataturk dominates.

This is one of four “Ethio-Turkish” schools in the Ethiopian capital, catering for more than 400 children from kindergarten to high school.

The schools – whose motto reads, “the place where love and knowledge embrace” – are established and run by devotees of a Turkish Islamic scholar named Fethullah Gulen.

Little known outside Turkey, Gulen is hailed by his millions of followers there as a tolerant, modernising force. Some secularist Turks, however, suspect the movement of harbouring a political agenda that owes more than a little to Ottoman nostalgia.The reclusive Gulen (69), who met the late pope John Paul II and other religious leaders, draws on Sufi teachings to advocate a faith at ease both with modernity and other creeds.

In Turkey, Gulen’s ideas are most popular among the devout business and professional classes that form the bedrock of the ruling AK Party. But in recent years, the movement has built up a global network of affiliated organisations and institutes, including about 500 private schools in more than 115 countries.

There are “Turkish schools” in some 35 African states. A Gulen-inspired university opened recently in Nigeria.

In Ethiopia, the Gulen schools, which have grown in tandem with burgeoning Turkish investment in the country, cater for both Muslim and Christian pupils and adhere to the national curriculum, with classes, conducted in English, ranging from maths and science to English literature.

The Turkish teachers are keen to stress that their work is not about proselytising – Islam is not taught and neither are Gulen’s ideas.

“What we want to provide is an example through our own behaviour,” explains Murat Yildirim, from Istanbul.

He oversees all four schools in Ethiopia.

“We are trying to educate people to be respectful and productive in serving their own countries and people. This is about improving humanity.”

All pupils study Turkish – “If you are a French school, you teach French, so it makes sense that in a Turkish school you teach Turkish,” says Murat.

Several of the schools have represented Ethiopia in the Turkish Language Olympics, an annual event that draws hundreds of students from Gulen schools worldwide to Turkey to compete in singing and poetry recital.

Khadija Ramzi (15) won a medal at last year’s event and had her photograph taken with Turkish President Abdullah Gul.

She and her friend, Rina Negib (17), both want to attend university in Turkey.

“Our school is different to others in Ethiopia,” says Khadija. “The facilities are much better.”

The school offers a number of full scholarships for boarding and day students. Funding comes from the deep pockets of the Gulen network which counts among its members some of Turkey’s most prominent business people.

Spend time with the Turkish teachers, many of whom have uprooted lives to move with their families to Ethiopia, and two things become evident: their commitment to Gulen’s ideas and their constant references to the perceived glories of an Ottoman past.

Hakan Yavuz, a Turkish professor at the University of Utah, who has co-edited a book on the Gulen phenomenon, describes the movement as the most powerful force in Turkey and says its main goal has been the “Islamisation” of Turkish society.

Its focus on building an international network of schools began, he says, in the late 1990s when, amid growing secularist suspicion, Gulen moved to the US and his followers decided to search for legitimacy beyond Turkey.

“When the schools became successful, they decided to expand them and use them to generate international legitimacy [by stressing] that they are not Islamic but rather humanitarian with the purpose of building bridges across different cultures.”

Some in Turkey have described the Gulen movement as something akin to “Muslim Jesuits” preparing pious elites to run the country.

Yavuz argues that there is a wider agenda as manifested by its increasingly global reach.

“The movement, which is rooted in selective vision of the glorious Ottoman past, has its own imperial vision of turning Turkey into a global power,” he says.