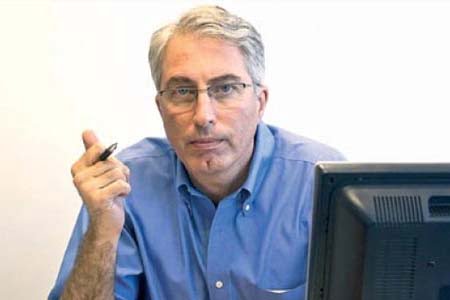 Let’s assume that the graft probe, which started on Dec. 17, 2013, was not an actual corruption case but a “coup attempt” against the Tayyip Erdoğan government in Turkey.

Let’s assume that Dec. 17 was actually a plot by the followers of Fethullah Gülen, a moderate Islamist scholar who resides in the United States and who used to be the closest ally of Erdoğan up until recently.

Let’s assume that Gülenists abused the tolerance of the Erdoğan government and secretly organized themselves within the judiciary, police, military, intelligence, finance and education.

Let’s assume that Erdoğan, who publicly asked the Gülenists just five weeks before the graft probe that “What did they want but could not get from this government?” was not aware of their presence.

Let’s assume that a rift had already not started when Erdoğan transferred the superb electronic intelligence facilities of the military to the National Intelligence Organization (MİT) and when Erdoğan’s former chief of staff, İlker Başbuğ, was arrested and when prosecutors attempted to interrogate Hakan Fidan, the head of MİT. And let’s also assume that that low-profile, small-scale purges had not started in ministries like agriculture, health, education and finance against Gülenists over the past two years.
So, let’s assume that the Justice and Development Party (AK Parti) government was indeed “too naïve” in failing to see the secret organization of Gülen, that “parallel state” within state up until the Dec. 17 graft probe.

So, let’s assume that Dec. 17 was not a graft probe, but a coup attempt by Gülenists as PM Erdoğan and Foreign Minister Ahmet Davutoğlu have been spending valuable hours trying to tell to their U.S. and EU counterparts.

It is fair to say that no government, no organization, no company, no social club could ignore and permit any attempt from within to destroy itself. Even in that case, it is up to independent courts to probe such a conspiracy, plot or coup attempt.

It is up to the independent courts, free of political pressure, to investigate both suspicions of a coup attempt and suspicions over large-scale corruption.

The suspicion over even a coup attempt does not conceal or mitigate the suspicion over corruption.
Let’s assume that Erdoğan forced four of his innocent ministers to resign as a result of this plot and that two of those ministers’ sons are still under arrest on suspicion of bribery to facilitate the government relations of an Iranian-origin businessman, Reza Zarrab.

There is still no answer as to who put those 4.5 million dollars in cash in shoeboxes in the bedroom of Süleyman Aslan, the now-former general manager of the government-controlled Halkbank.

Were those Gülenists, were those the remnants of the “deeper state,” were those “foreign forces” who just threw away 4.5 million dollars in cash as part of a conspiracy against Erdoğan?
Who put that money there? Are you not curious yourselves?