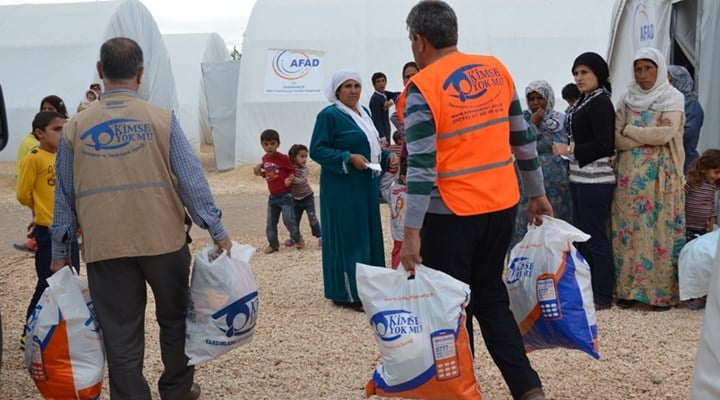 Syrian Democratic Turkmen Movement (SDTH) President Abdülkerim Ağa said that it was the Prime Ministry’s AFAD officials who had directed Kimse Yok Mu to provide assistance to Syria’s native Turkmen population, and that the charges now being levelled against the organization saddened them, and were not to be taken seriously.

The charges of being an armed terrorist organization came to light recently when Ankara Chief Public Prosecutor Musa Yücel issued a subpoena to Kimse Yok Mu’s management, asking for information regarding the charity’s activities for Eid al-Adha, or the Feast of the Sacrifice. When Kimse Yok Mu’s lawyers went to the Ankara Courthouse to find out about the details of the organization, they discovered that the investigation included charges of being an “armed terrorist organization,” however were unable to examine the contents of the file due to court-ordered confidentiality of the case.

Ağa noted that they did not put stock in the charges against the organization, adding that it was the Turkish government itself that had directed Kimse Yok Mu to them. Pointing out that Kimse Yok Mu distributed food, items and other essentials at the border with Syria, “Initially it was AFAD that was providing aid for us, but later AFAD officials directed us to Kimse Yok Mu, saying they were providing aid as well.”

He added that as Syrian Turkmen, they have seen nothing but help from Kimse Yok Mu. “Those allegations of being a terrorist organization are both ugly and unbefitting. I don’t believe such allegations. Hopefully these days will come to an end,” Ağa said.

The political opposition also slammed the investigation, with main opposition Republican People’s Party (CHP) deputy İhsan Özkes saying it was a “completely ridiculous” allegation, saying “it’s clearly a politically motivated decision.” CHP deputy Akif Hamzaçebi added, “This is an investigation that bears no seriousness, consistency or a single shred of logic.” He added that Kimse Yok Mu is an organization that has been very beneficial to the public, its benefits having been certified by then-Prime Minister Recep Tayyip Erdoğan and the cabinet. “What we have here is an association that the AK Party administration has declared as being beneficial to the public, yet is having investigated for being an ‘armed terrorist organization’.”

Established in 2002, Kimse Yok Mu provides aid to 4.5 million people in 113 countries around the world. The charity was awarded the Turkish Parliament Outstanding Service Award in 2013, and is the only Turkish aid organization that holds special consultative status with the UN Economic and Social Council (ECOSOC). It also developed relief programs in partnership with the United Nations Human Rights Council (UNHRC) in 2013.