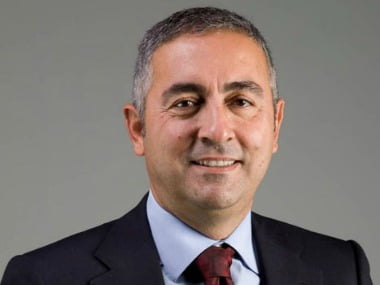 If you did not have a chance to watch Fethullah Gulen’s last speech on Herkul.org, I really recommend that you do. Gulen is not only a preacher but also a very important social figure.

He ponders over many issues that range from faith to ethnic problems in Turkey.

Furthermore, through faith and cultural values, Gulen is able to mobilize wide and influential segments in the society.

Thanks to him, today, there are hundreds of educational institutes in the Eastern and Southeastern regions of Turkey; thousands of young people commit themselves to his mission according to his teachings.

For this reason, I think, his words should be paid attention and listened.

Rightly so, his message is about the Turkish Armed Forces not being successful in its battle with an armed power whose population has only reached to five thousand up to now.

Recent operations that took place around Hakkari were very clear indicators of correct he is.

It turns out that everyone, including the Turkish Armed Forces, had information about the PKK bases around Hakkari, yet no one moved a finger about it.

I call this attitude “a typical peasant attitude.”…

Let’s put conspiracy theories aside, this is a typical situation where one overlooks the unlawful undertakings happening around because of the fear of getting himself into trouble.

It is no surprise that we are where we are now…

PKK is an organization that declares the Hakkari region as its turf -like a mafia-, and then it cannot help but run away when the State shows its real power.

It is mind-blowing that the State is not able to cope with an armed organization within its borders –regardless of how strongly supported by people- and turns the blind eye to the presence of such terror camps for so long time on the soil under its rule.

It is not acceptable no matter how many news reports The Chief of the General Staff makes about this.

First of all, The Armed Forces have to explain to us how the camps have survived in the region for such a long time.

This picture is a clear indication of what kind of a re-organization The Armed Forces should go through in Turkey in order to be able to fulfill its real duty without any political aspirations.

Fetullah Gulen also has a message about the politics.

Hoca Efendi is very uncomfortable with the fact that the government still has not removed the obstacles for learning and speaking the Kurdish language freely.

He is a patriot but this does not prevent him from being a conscientious person.

Besides, Gulen is a religious person and he believes that it is more important for a Muslim to pray and make supplications to God than the language he/she uses to make these offerings.

Fethullah Gulen lives in a remote area in the US, far away from Turkey.

This distance perhaps helps him see the reality more clearly since he is away from any kind of pressure by the main powers in Turkey.

In my opinion, you should pay attention to this voice since it expresses the reality and speaks to clear truth in our age.

If you disregard these facts as you are writing [the new] constitution for Turkey, you will again fail to establish peace and justice in the society.