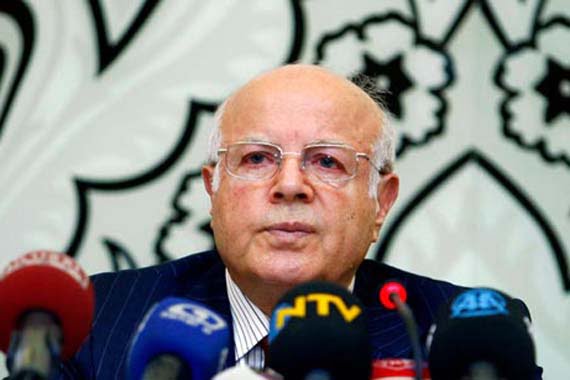 In thankful remarks to well-respected Islamic scholar Fethullah Gülen, Cem Foundation President İzzettin Doğan has said that Gülen supported the construction of cemevis (Alevi houses of worship) when signature campaigns were launched against the cemevis in some regions of Turkey.

Doğan was speaking during a panel discussion on Saturday at İstanbul’s Aydın University. Stating that nearly 2,000 cemevis have been built in Turkey in the past 50 years, he said that signature campaigns were launched to prevent their construction in the early 2000s. Noting that there were places where more than 50,000 signatures were collected, he said an interview with Gülen featured in an American daily played a positive role in slowing down these campaigns. In the interview, Gülen said cemevis should be built next to mosques and that failing to build cemevis for Alevis (Alevites) was unjust. Doğan said he witnessed that “such negative moves decreased following the interview.”

Gülen is a Turkish Islamic scholar well known for his teachings that promote mutual understanding and tolerance between cultures. One of the world’s most influential Islamic scholars, Gülen came out at the top of the list of “The World’s Top 20 Public Intellectuals” by the magazines Foreign Policy and Prospect in 2008. Now residing in the US, Gülen has pioneered educational activities in a number of countries along with efforts to promote intercultural and interfaith activities around the world.

The Alevi community is thought to have between 6 and 12 million adherents in Turkey, which has a population of more than 70 million. Alevis demand that cemevis be officially recognized by the state.

Doğan regrets that no solution has been found for problems faced by Alevis, although politicians have been discussing these issues for years. “I have explained to all political parties that there may be a Sunni-Alevi clash in Turkey, which would put the country in a difficult situation. They all agreed on that, but I failed to bring them together in Parliament to pass a law [to meet Alevi demands],” he said.

He also commented on the new version of a religious course book that includes information about Alevism. He recalled that Prime Minister Recep Tayyip Erdoğan had promised that some shortcomings in these books would soon be resolved.

The government launched an Alevi initiative last year in an effort to address problems faced by Alevis. The government’s initiative consisted of seven workshops in six months, along with the participation of 400 academics, theologians, members of civil society groups, politicians, journalists and Alevi and Bektaşi representatives. The revision of the religious course books was also among the steps taken as part of the initiative.