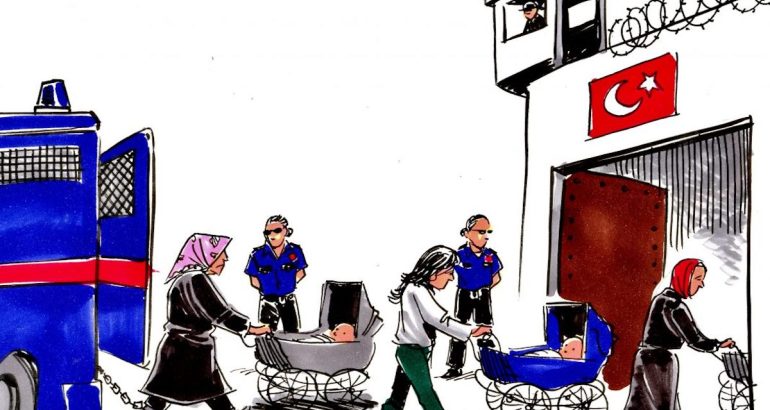 Responding to a parliamentary question from pro-Kurdish Peoples’ Democratic Party (HDP) İzmir deputy Müslüm Doğan on Tuesday, Turkey’s Justice Minister Abdulhamit Gül said as of April 2017 a total of 594 children under the age of 6 were being kept in Turkish prisons along with their mothers.

Children are taken to prison in the absence of family members to look after them. The Turkish government has launched a sweeping crackdown across the country, detaining more than 140,000 and jailing some 50,000 over alleged or real links to a July 15, 2016 coup attempt.

It has become a common occurrence that both parents are taken into custody, leaving no one to care for the children. The Turkish government, on many occasions, has detained pregnant women as well.