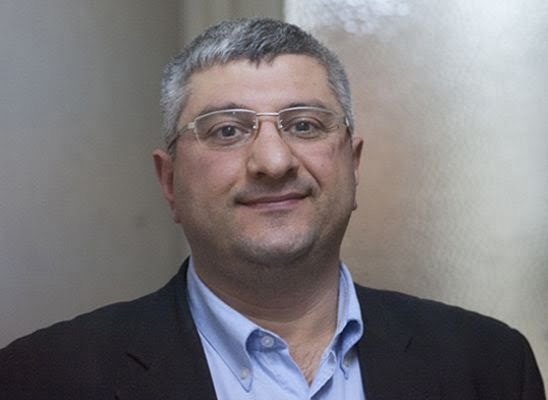 Yilmaz, known for his straightforward style and unapologetic support of The Gulen Movement (Cemaat in Turkish) is a faculty member at the department of political science at Fatih University.

His book on The Gulen Movement he co-authored with John Esposito, a world-renowned expert on Islam, made quite an impact in western intellectual circles. He has lectured at Oxford University and is currently a columnist at the Turkish Daily Todays Zaman.

Last week during a debate when one of the attendants confronted him and asked “Does the Movement have no mistakes? Didn’t you do anything wrong?” he responded, “Let me criticize The Movement then”. But the moderator intervened and stopped him saying, “That’s not the topic of our discussion now”.

Ferda Balancar of Agos Daily asked him about the criticism that he could not voice that day. What Ihsan Yilmaz is pointing out as an insider provides important clues about the movement, which he calls the “Hizmet” movement, and the current tensions.

Let’s start with the causes of the AK Party – Cemaat fight.  The first symptoms of this fight started to appear after the 2011 elections.  Why did the relationships go haywire?

– There are a few reasons for this.  The first one, I call ‘third period poisoning’.  It can also be called arrogance of power or euphoria of power.  We saw this in the third period of Margaret Thatcher, and then Tony Blair.  In other words, this is not something specific to Turkey.  Political parties that have had three electoral victories show these symptoms.  And this leads to their demise.  The second one, when we look at Hizmet Movement, this movement represents civic Islam.  Right across it, there is Islamism, which holds different views on state-religion relations. In its recent times, AK Party was giving weight to Islamism.

Fethullah Gulen says “Building an Islamic state in a society where rights and liberties of the individuals are already preserved is a redundant pursuit”.  The movement’s volunteers, since 70’s, did not buy into Islamist parties of the period.  Since Gulen’s opinions remained aloof of Islamism, the base of the movement held a similar position.  Instead of voting for National Vision parties they voted for center-right parties.  However, during 2001-2002, when the reformists that broke away from National Vision declared that they are converging to civic Islam, the base of the Hizmet Movement voted for the AK Party.  Surveys show that 80% of the base of the Hizmet Movement has voted for AK Party.

– So, what changed then?

Especially after the referendum for a new constitution in 2010, we can talk about ‘intoxication of power’, a term that I have coined recently. After the referendum, owing to changes in the members of constitutional Supreme Court, the ‘syndrome to be banned’, which exists on National Vision parties, now ceased. Secondly, with the Ergenekon cases, the fear of military coup also was largely gotten over. Another factor is the strengthening of Hizmet Movement, which scared certain actors in AK Party.

– In one of the recent TV shows, you said there are things to be criticized in Gulen Movement, too. What kind of criticisms are these?

– Let me first state that not everybody in the movement is agreeing with me on these criticisms, but I still say these everywhere. I even mentioned these at a conference in Erzurum where 2500 people attended. My criticisms toward Hizmet Movement, indeed self-criticisms, can be grouped into four categories.

These are state control, nationalism, religionism and lack of empathy. Hizmet movement, like the rest of the Turkish society is affected by the state control, which was produced by sudden and unexpected nation-state and citizenship building about 100 years ago. They are not distant to either state control or nationalism. Even though they try to get cured of these illnesses obviously they are affected. The thought “The worst state is better than no state, or anarchy” in Sunni Islam fed the state control.

On the other hand “the benevolent state” thought is dominant on public. However, nationalism come to the forefront in the relations with Kurds. For instance, Kurdish students staying in Hizmet movements’ houses avoid speaking Kurdish due to fear of being alienated. What a pity! The support was not there when Kurdish people needed it most. This was due to dominant nationalism.

Religionism is the third mistake. At least the autonomy of the department of religious relations should have been defended years ago. We didn’t do that as well. The staff of the department, as civil servants, tried hard to legitimize everything that the political power did in the public eye. Now the Hizmet Movement is giving serious struggle in these three areas. Even though your religious brothers are governing the state, they can still take a position against you. Hizmet Movement is being worn down by mobilizing nationalist sentiments in people. And the department of the religious affairs, with its fetwas and friday sermons, became an instrument of fight against Hizmet.

My fourth criticism is the lack of empathy. We haven’t empathized enough with Kurds, Armenians and Greeks. In 2011, Journalists and Writers Foundation said to the commission of Constitution in the parliament that, besides Turkish, using Kurdish as a language of education should be considered a human right. But it was a little too late for such change in the attitude. This was supposed to occur earlier. Similarly, we were slow in empathizing with Armenians about their 1915 sufferings. Today, compared to the past and different segments of Turkish society, Hizmet community is at a further point, yet of course it is not enough.

– The most common criticism against the Cemaat is about getting organized within the state. What do you think about that?

– According to our beliefs, anyone with the right credentials should be able to take any position within the state no matter what his/her beliefs, ideas are. However if the intent is to protect and favor certain group’s benefits, this is against the law as well as religion. This is the principle, but in practice, people are not angels. If there are those who commit such crimes, then the solution is to improve the transparency of the government. Hizmet Movement has been supporting the EU integration. If this process is successful then the government will be more transparent. Had Hizmet wanted to capture the government, it wouldn’t be supporting EU membership.

– Why are there so many people that are affiliated with the Cemaat working in the governmental institutions?

– This is an educational movement that has been founding schools for 40 years. Over the years, the number of these people with higher degrees has been increasing in the state institutions. There are examples of this in the west as well. The religious people have been deliberately kept away from the government. Therefore, this inclination is normal. But, if there are people among them that do wrong and act against the law, then the necessary legal actions should be taken. As I said, if the government becomes more transparent and EU reforms are completed, these sorts of establishments would not be threats anymore.

– Will the movement form a political party?

– It is hard to say.  This is a crisis period for the movement.  Such dynamism and pursuits are normal during a crisis period.  However, when the crisis is over, the pursuits may fall behind.  On the other hand, even if the crisis ends, it will not be without damage.  Certain things cannot be undone.  AK Party – Hizmet relationship cannot move on as if nothing has happened.  For example, the Kurdish Movement cannot be stopped from requiring an identity.  Hizmet Movement knows how to adapt to new conditions.  In my opinion, Hizmet Movement will start having more visibility in the public sphere.  It will be more active in public.  It has not been publicized yet, but let me announce it from here.  To track the EU process, an EU platform will be established.  With this platform, the EU process will be followed closely.  This is an NGO activity but, it is a political stance.  I think the number of such activities will grow.  On the other hand, I expect AKP to become more pluralistic.

– Do you think this pluralism will give birth to a new party from within the AKP?

– The 50% vote that AK Party gained is an exceptional case. AK Party was a coalition, but it is becoming increasingly hard to hold it together. As time goes, the votes of AKP will fall to %30’s. The remaining 20% will move to other parties. If Tayyip Erdogan pushes Abdullah Gul to retirement, Gul might come up with a new party from this course. However, seemingly, Erdogan-Gul alliance is reviving, but this cheapens the reputation of Gul. Even if this alliance holds, Erdogan and Gul will peter out together. AKP will never see 50% again.