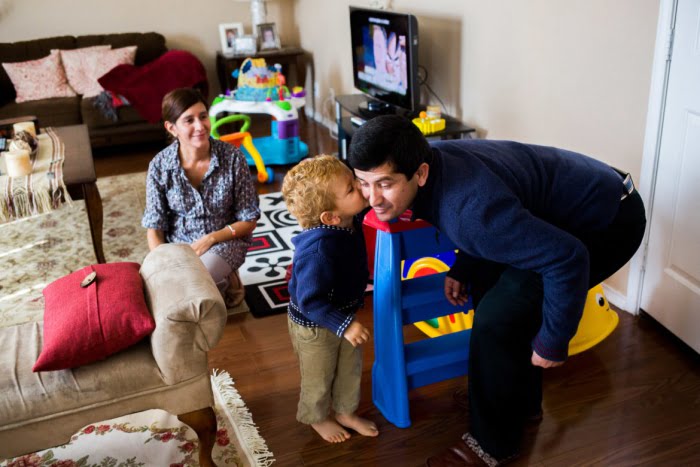 Beytullah Colak’s journey to San Antonio began in Southeast Turkey. Adiyaman is a largely Kurdish city situated in an agricultural area that has been continuously populated for more than 40,000 years. Tourists are drawn to the region to visit the giant carved stone statues at Mount Nemrut, a UNESCO World Heritage Site. According to legend, this is the burial site of Biblical King Nimrod.

“I was born in Adiyaman and later, I went to high school in Antioch, which is a very important city in Christianity,” Beytullah said. “After high school, I moved to Izmir for university, graduating with a degree in theology.”

In 2001, Beytullah moved to Buenos Aires, Argentina to work on inter-religious affairs with the Hizmet movement, a service organization inspired by Turkish cleric Fethullah Gülen. He helped set up a kindergarten, elementary, and middle school as well as a Turkish cultural center. At the same time, he began working with the Dialogue Institute to further interfaith and intercultural dialogue.

In 2003, Beytullah and Gabriella met. 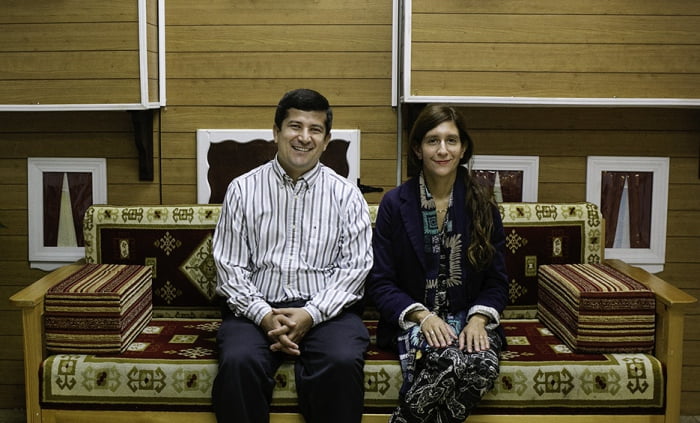 “The cultural center had classes in Arabic, Turkish and music,” Gabriella said. “I was studying Arabic because my mother’s side of the family are Alevis from Syria. My mother is Muslim and my father is Christian. I went to a Catholic school and a Catholic university. I was involved with the Catholic movement not just at church, but also socially. In Argentina, there are many different cultures that make up who we are. They use the word ‘Turko’ to describe descendants of those who immigrated during the time of the Ottoman Empire. That term includes people from Syria, Palestine and even Armenia. My mom was referred to as ‘la Turka’ at work, even though she was not really a Turk.

“I was in my last year of studying literature at university,” she continued, “and I needed volunteer hours for my university, so I helped the cultural center organize literary and coffee nights. I also was in the ethnic choral group. It was a diverse group, singing in Italian, Turkish, and many other languages. We met at the center and since I was so involved in volunteering there, my mother and father also became involved.

“Beytullah and I married in 2004 and our plan at that time was to live in Buenos Aires,” Gabriella continued. “He had a good job there and they were increasing activities at the culture center. I finished my degree and began to work at a private American foundation while I worked on my Master’s degree in education. Three years after we were married, our first son was born. 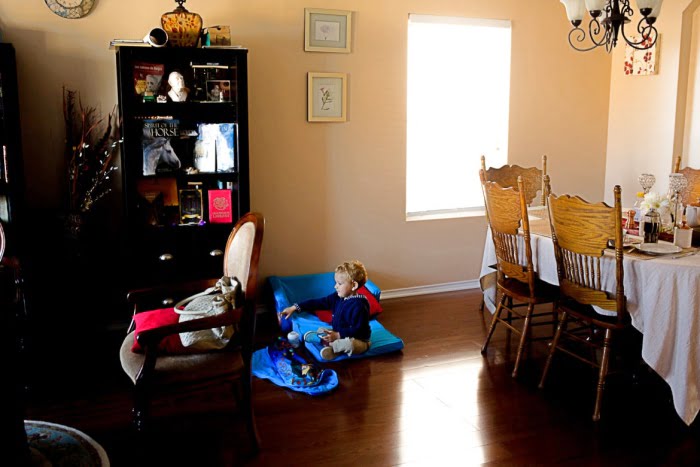 “Argentina is a majority Catholic country,” Gabriella said. “There are very few Turkish people in the country, but there are many Arabs. They are mainly third generation. Many married Christians, some became Christian and some only kept parts of their religion. But, they kept their Arabic culture. You can find great Arab restaurants in Buenos Aires. They retained the culture, the music, and dance but the actual Muslim community is not all that big. One of our goals was to open the Muslim community up to interfaith activities. There is a huge mosque in the city, but they tended to keep to themselves. The Christians and Jews never had much chance to meet and talk with Muslims. So, we created opportunities for them to get together.”

“Socially, they were living side by side and there were no problems. But there were no initiatives to create programs together,” Beytullah said. “There was not much interaction between the different groups at that time. We organized the first iftar (shared evening meals during Ramadan) in Buenos Aires. At this gathering, there was a good showing of inter-religious representatives from different religions as well as academics and politicians. It was a new idea for Argentina. That first one was groundbreaking. Now there are many public iftars throughout the month of Ramadan.”

It was during this period that Beytullah and Gabriella met Archbishop Bergoglio, now Pope Francis.

“He touched me deeply,” Beytullah said. “I was reciting from the Koran at the funeral of the president of the Islamic Center of Argentina and the Archbishop was there to pay his respects. He was working to create relationships between Catholics and Muslims in Argentina. We were invited to the cathedral for interfaith prayers, with him leading the service. Together we prayed, side by side, Muslims, Catholics, Christians, Buddhists, Jews, everyone was there. After that, I visited with him many times. He told me that he knew that our group was making great progress in building bridges throughout Argentina.”

“Yes, he was involved in all these interfaith activities long before he became Pope,” Gabriella added. “We remember it all. He was a friend to all the different religious communities in Buenos Aires.”

Although they planned to raise their family in Argentina, in 2010, Beytullah was offered a job in Texas that required Spanish, Turkish, and English language skills. After much debate, they decided to take the risk and explore new horizons. Settling into San Antonio, they discovered there were many unexpected differences between South American and North American cultures.

“I haven’t experienced any discrimination here. We are very comfortable in San Antonio,” Beytullah said. “Although the people are very warm and welcoming, the structure of society is different. In Buenos Aires, a city of around 15 million, you take the metro or taxi or you walk. Transportation is very different. Here you need a car, you take it from your garage to work. No one is walking on the street. That makes human interactions different.

‘In Argentina, the relationships are vertical,” he continued. “Most people there live in large buildings and you meet your neighbors all the time in the elevator. In San Antonio, it is horizontal. You meet your next door neighbors, you know who lives on your street. In Argentina, there might be 50 families in one building and you met them all every day in the elevator. On the streets of Argentina, you met people on the street. The streets were never empty, no matter what time of day. So, our human interactions changed here. In San Antonio, we have learned to adapt.”

After moving to San Antonio, both Beytullah and Gabriella continue to be involved in interfaith and intercultural awareness by volunteering at the Raindrop Turkish House and the Dialogue Institute of the Southwest. They also have maintained contact with Pope Francis.

In September 2015, although he was not participating in the ceremony, Beytullah attended the interfaith religious service held at the 9/11 Memorial. As Pope Francis exited the event, he spotted Beytullah in the crowd and paused to speak with him privately, much to the confusion of the Pope’s assistants. For days afterwards, Gabriella said, they received numerous calls from friends and family in Argentina who had seen it on the news.

In September, Gabriella and Beytullah traveled to the Vatican to participate in the Protecting Our Common Home conference. Organized by the Organization of American States and the Institute of Interfaith Dialogue, this year’s theme was “A Platform For Inter-religious and Inter-cultural Dialogue.” Included in the program was a meeting with the Pope.

“For international relations, this meeting with the Pope was very important,” Beytullah said. “I think his presence right now is very important for world peace. He speaks as a citizen of the world and he speaks to all religions, not just Catholics. He talks about how we need dialogue, understanding, and unity. This is not something we can learn in a classroom but something we have to experience personally. “ 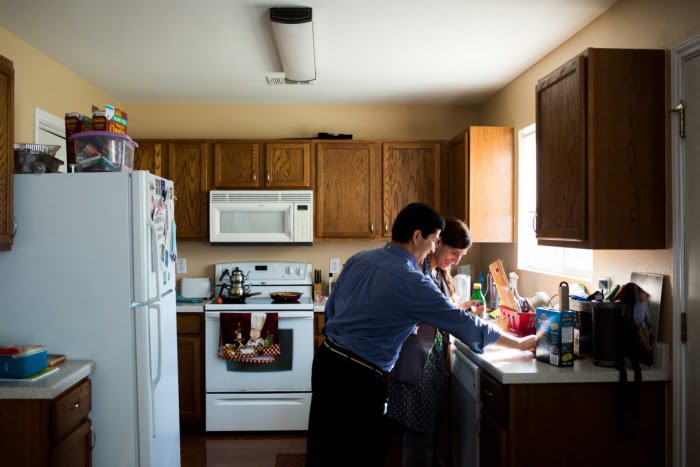 “Our friends in Argentina were amazed to see videos of our meeting with the Pope during the conference,” Gabriella said laughing. “A very religious Catholic friend thought it was funny that she had never met him, but two Muslims she knows have met him several times.”

“We have good relations with people of all cultures and religions,” Beytullah added. “There are people who want to destroy bridges, which is so easy. It is not as easy to build bridges. You need the time, effort, passion and patience to build bridges. We have to use knowledge to meet people and rise above prejudices.

“There are problems everywhere in the world,” he continued, “but we are the ones responsible for fixing those problems. We can’t tell one person or group to ‘fix it.’ We have to work together to fix the world and make it a better place.”

Peace Islands Institute, the Journalists and Writers Foundation, Global Businesswomen Association and the Institute for Economics and Peace held a panel discussion titled “Economic Empowerment of Women to Achieve Sustainable Development Goals” during the UN CSW 59th Commission on the Status of Women.