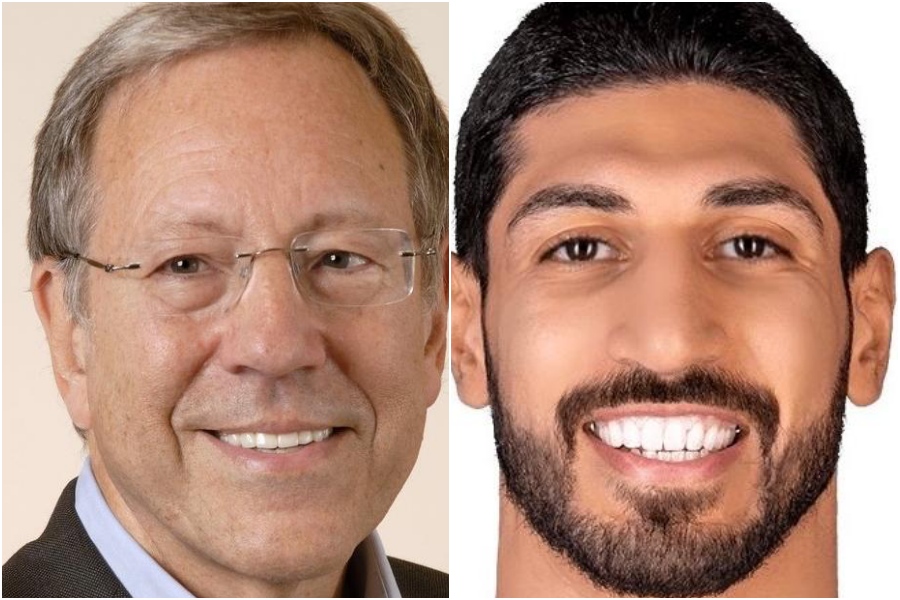 CNN —  After 13 Turkish hostages were found dead in Northern Iraq on Feb. 14, Turkey arrested hundreds of people, including prominent members of the pro-Kurdish opposition Peoples’ Democratic Party (HDP). The government even opened investigations into HDP members of parliament and human rights activists Hüda Kaya and Ömer Faruk Gergerlioğlu, who had actively fought alongside the victims’ families to bring the hostages home safely.

President Recep Tayyip Erdogan’s spokesperson declared that the HDP was “one and the same” with the Kurdistan Workers Party (PKK), which has been designated a terrorist group by the United States, the European Union and other Western countries. (The HDP denies the claim.) Erdogan himself went on to accuse the US of supporting terrorists.

As outlandish as these accusations might seem, they follow Erdogan’s long pattern of abusing the rhetoric of “counterterrorism” to justify government repression and perpetrate some of the worst atrocities in an almost singular strategy to cling to power. President Joe Biden cannot allow Turkey to continue abusing terminology that impacts US national security, especially when Turkey directs those accusations at the US government itself, and has an opportunity to make this clear in his first call with Erdogan.

The sheer extent of government resources dedicated to stamping out free expression under the cover of counterterrorism is astounding. Turkey has tried 785 academics on charges of disseminating terrorist propaganda simply for signing an open letter promoting peace in the country’s southeast in 2016. Since then, about 6,000 academics have been summarily dismissed from their jobs as part of the wider purge of professionals. And this year, Turkey arrested more than 560 students for peacefully demonstrating against Erdogan’s appointment of a government-aligned rector, who neither was elected nor met the academic criteria, to Boğaziçi University, the Harvard of Turkey.

In the last five years, Turkey has consistently ranked among the world’s worst jailers of journalists, having imprisoned more than 200 reporters and media workers largely on charges of terrorism or “insulting the president.” By the end of 2020, the year that registered a record number of journalists imprisoned worldwide, Human Rights Watch reported that approximately 87 Turkish journalists and media workers were in pre-trial detention or serving sentences for terrorism offenses because of their journalistic work.

According to the Turkish Association of Journalists’ Annual Media Monitoring Report, one in six journalists are currently on trial in Turkey. Since 2016, at least 160 media outlets have been closed. The Turkey representative of Reporters Without Borders (RSF), Erol Önderoğlu, responsible for monitoring and advocating for press freedom in the country, is currently on trial and facing up to 14 years in prison on charges of “propagandizing for a terrorist organization,” “openly inciting to commit crimes” and “praising the crime and the criminal.”

His organization says Önderoğlu and his co-defendants face these “spurious charges” solely for guest editing a newspaper that was forced to close after the attempted coup. Can Dündar, another prominent veteran journalist and editor of a paper that has seen nearly half of its staff imprisoned, was sentenced in December to more than 27 years in prison on terrorism charges. In November, an appeals court upheld a life sentence against Hidayet Karaca, a journalist and president of a now-closed TV broadcasting group. On Feb. 15, three former staffers of a shuttered newspaper, along with co-chief editor and human rights lawyer Eren Keskin, were sentenced to a combined 20 years and 10 months in prison on terrorism charges.

The remaining platforms for discussion in Turkey are rapidly shrinking. The government is cracking down on social media, and thousands could be arrested and charged with insulting the President or spreading terrorist propaganda. Human Rights Watch notes that hundreds are being investigated or detained by police for social media posts deemed to “create fear and panic” about Covid-19, some of which included criticism of the government’s response to the pandemic.

A Turkish cyberlaw expert told The Guardian that authorities have already blocked more than 400,000 websites and are now expanding online censorship under a recently enacted dystopian law expected to give more control to the government over social media companies and their online content.

The Hizmet movement, a social movement that focuses on interfaith dialogue, humanitarian work and education, led by the US-based cleric Fethullah Gulen, is most frequently targeted for persecution under the terrorism label. While Erdogan blames Gülen for the failed coup attempt in 2016, Gülen has denied any involvement and called for an international investigation. According to government figures from July 2020, approximately 133,000 people were under criminal investigation and 58,000 were on trial for terrorism in cases linked to the movement. Among those, 26,000 were being held in prison.

One of us knows the cruelty of these overbroad terrorist charges firsthand, having not only been personally indicted but also having a father spend time in prison on these very charges – and prohibited from traveling abroad or speaking with his own son even after his acquittal.

The government is increasingly targeting those daring to speak up or defend these cases, including Taner Kılıç, Amnesty International Turkey’s honorary chair, who was sentenced to more than six years in prison last year. There are currently 450 lawyers serving lengthy prison sentences on terrorism charges. On a single day in September, authorities arrested 47 lawyers in their homes on these allegations. A month earlier, the courageous human rights lawyer Ebru Timtik, who was sentenced with 17 other lawyers on terrorism charges, died during a hunger strike to demand a fair trial. During the pandemic, the government put the lives of tens of thousands of other political prisoners held on terrorism charges at immediate risk by keeping them in overcrowded prisons and deliberately excluding them from release programs. Authorities are also feeding a culture of impunity by either refuting growing reports of torture and enforced disappearances against alleged victims they claim are terrorists or refusing to investigate, according to Human Rights Watch.

Turkey is now expanding its powers to crush civil society under the guise of “combatting terrorism” with a new bill authorizing the government to block the donations and assets of non-government organizations like human rights groups and close them if members are charged with terrorism. The law was introduced after Turkey already shut down and seized the assets of at least 1,500 NGOs between 2016 and 2019.

In light of the clear evidence of gross human rights abuses, the Biden administration should use the Global Magnitsky Human Rights Accountability Act to impose sanctions on any Turkish official identified as engaging in human rights abuse or corruption. Not a single Turkish official has been named under this law, according to an Office of Foreign Assets Control database. When President Biden speaks to Erdogan, he should demand that Turkey repeal its overbroad Anti-Terror Law and end the government’s abuse of the term to subjugate its own people.

The US cannot cooperate on security matters with a country that has justified human rights abuses under the banner of counterterrorism and lost all credibility on real terror threats – thereby undermining the broader NATO alliance. Biden should also press for the release of political prisoners at the forefront of the struggle for freedom in Turkey.

As a bipartisan majority of the Senate put it in a recent letter to the President, Biden should urge the Turkish government to “end their crackdown on dissent… release political prisoners… and reverse their authoritarian course.” Otherwise, Turkey will continue to exploit tragedies like the deaths of hostages to further entrench Erdogan’s rule through the guise of “counterterrorism” to the detriment of its citizens.

A father runs across the park, his seven-year-old daughter in tow and all his worldly possessions crammed into two overloaded backpacks, one on each shoulder. This scientist and assistant professor is one of many stateless souls making do in Athens, where they landed by inflatable raft after escaping persecution, incarceration and psychological, sometimes also physical, torture in their beloved homeland of Turkey.