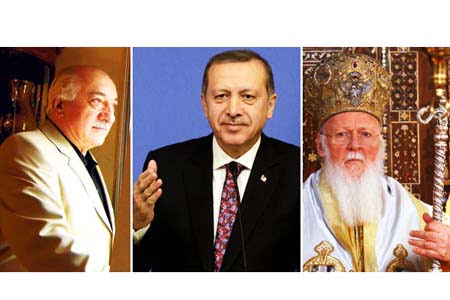 Turkish Prime Minister Recep Tayyip Erdoğan and well-known Turkish Islamic scholar Fethullah Gülen are among 10 Turkish public figures who made the 500 List of Foreign Policy magazine in its 200th issue, which it dubbed the “Power Issue.”

Foreign Policy said it put together the so-called “Power Map” of the planet’s 500 most powerful people, from billionaires to bad guys, and from CEOs to central bankers, from other lists and called it “The 0.000007 Percent.”

Gülen was selected as the top public intellectual by Foreign Policy magazine in 2008.