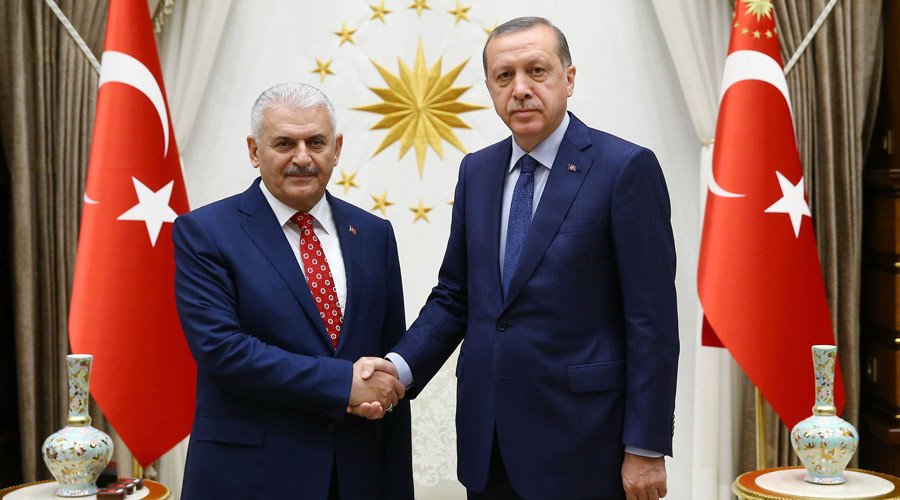 When one of the editors of the agency asked the prime minister, “Has there been any project that challenged you so much it made you say, ‘If only we had not gotten into this business’?”

“Which one [of them] should I tell you about? The project I did not like was July 15,” said Yıldırım, laughing, sparking a burst of laughter among the journalists who sat around the table with Yıldırım.

The prime minister’s remarks attracted widespread criticism on social media, with many saying that Yıldırım had confessed to the government’s involvement in the coup attempt, which claimed the lives of 249 people and injured a thousand others.

Immediately after the putsch the ruling Justice and Development Party (AKP) government along with President Recep Tayyip Erdoğan pinned the blame on the Gülen movement.

Islamic cleric Fethullah Gülen, who inspired the movement, strongly denied having any role in the failed coup and called for an international investigation into it, but President Erdoğan — calling the coup attempt “a gift from God” — and the government initiated a widespread purge aimed at cleansing sympathizers of the movement from within state institutions, dehumanizing its popular figures and putting them in custody.

Amid an ongoing witch-hunt targeting the Gülen movement, more than 50,000 people have been jailed while more than 150,000 have been removed from state posts due to alleged Gülen links since the coup attempt.

Yıldırım is the last prime minister of the modern Turkish Republic as a new system of governance, an executive presidency, was adopted in a referendum last year. Yıldırım is expected to be the new speaker of parliament for the next legislative term.