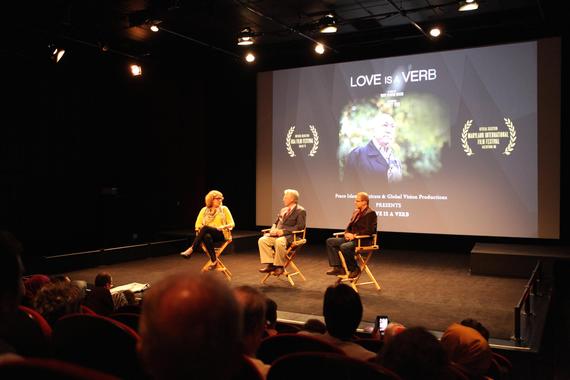 The Audiovisual Media Authority of Albania (AMA) President Gala was asked to take “necessary measures” against PlusHD TV channel that has aired the documentary very recently.

Examining the movement and its affiliations across the world, the documentary was directed by the US-based director Terry Spencer Hesser in 2014.

The letter came days after Turkey has demanded help from Switzerland to pursue critics of President Recep Tayyip Erdoğan as part of a bilateral agreement on intelligence sharing between the two countries.

Love is a Verb – Official Trailer

Love Is A Verb is an examination of a social movement of Sufi-inspired Muslims that began in Turkey in the l960s and now spans across the globe. The group is called Hizmet, the Turkish word for “service” or The Gülen Movement after its inspiration and teacher, Fethullah Gülen, a man TIME magazine named as one of the most influential leaders in the world in 2013 for “…preaching a message of tolerance.”