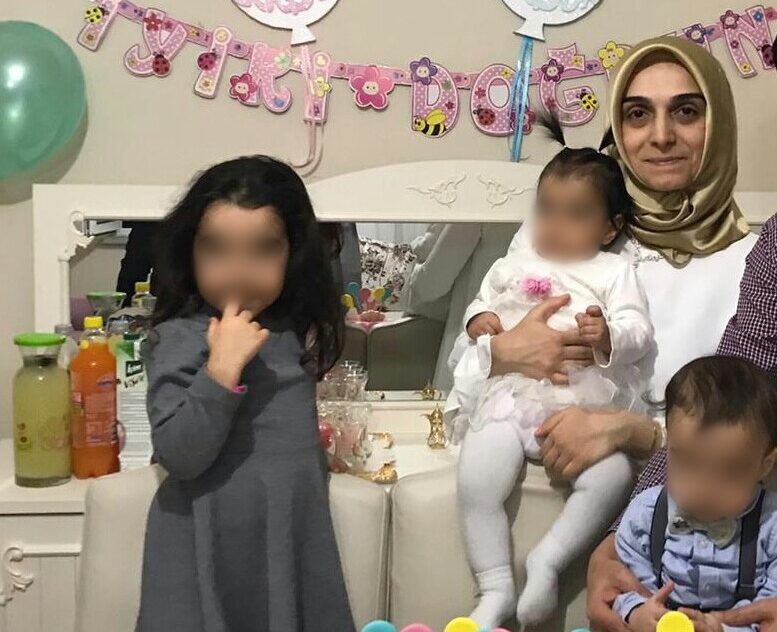 According to the Bold Medya news website Kayış, 31, is accused of using ByLock, an encrypted messaging app for smartphones that was available on Apple’s App Store and Google Play. Another piece of “evidence” the prosecutor’s office has against her is fingerprints found on a book in a student house.

Kayış’s arrest is in violation of the law on the Execution of Sentences and Security Measures, which stipulates that “execution of the prison sentence is delayed for women who are pregnant or have given birth within the last year and a half.” The law also applies to inmates kept in pre-trial detention.

Turkish authorities claim that ByLock was a communication tool exclusively used by members of the Gülen movement, a faith-based group inspired by Turkish cleric Fethullah Gülen, to ensure the privacy of their conversations.

President Recep Tayyip Erdoğan has been targeting followers of the Gülen movement since the corruption investigations of December 17-25, 2013, which implicated then-Prime Minister Erdoğan, his family members and his inner circle.

In different opinions, the UN Human Rights Council’s Working Group on Arbitrary Detention (WGAD) stated that arrest and conviction based on ByLock use in Turkey violated Articles 19, 21 and 22 of the International Covenant on Civil and Political Rights.

In an opinion WGAD noted that “no explanation has been provided [by the Turkish government] as to how the alleged use of this application … could be equated with a criminal act.”

According to a report by Solidarity with Others, a nongovernmental organization that mainly consists of political exiles from Turkey, a total of 219 pregnant women and women with children under six years of age were arbitrarily detained or arrested over their suspected links to the Gülen movement.

According to a statement from Turkish Interior Minister Süleyman Soylu on February 20, a total of 622,646 people have been the subject of investigation and 301,932 have been detained, while 96,000 others have been jailed due to alleged links to the Gülen movement since the failed coup. The minister said there are currently 25,467 people in Turkey’s prisons who were jailed on alleged links to the movement.

A group of police officers are reportedly waiting outside the delivery room in Niğde Hayat Hospital in order to detain Büneyye Ö. who just gave birth. According to the report, police are now at the hospital to detain the woman over her alleged links to the Gülen movement.