Off the main highway 28km east of Erzurum in eastern Turkey, a hail storm whipped up by an icy gale beats down on the ploughed ground.

The local bus service doesn’t leave the highway and so visitors must walk the final 5km stretch to the village of Korucuk, where Fethullah Gulen, one of the Islamic world’s most popular clerics, was born and raised.

“They were a family of thinkers,” said a dairy farmer in the village who asked not to be named as he feared repercussions from the authorities.

“They were good people. They came from nowhere, they had no water, nothing,” he says, pointing out the Gulen family’s former home, made from clay and rocks.

The events of July 15th marked a new chapter of unrest and instability in a country already reeling from terrorist bombings and a political crackdown. Putschists took control of Istanbul’s Bosphorus bridge, three warships and fighter jets, and they bombed the parliament in Ankara. More than 300 people were killed.

Before the short-lived coup was even over president Recep Tayyip Erdogan directed blame towards Gulen and his backers in the so-called Hizmet group, all of whom had been designated members of a terrorist organisation six weeks previously. Following the tumultuous events of July 15th, Ankara immediately sought Gulen’s extradition from rural Pennsylvania where he has lived in self-imposed exile since 1999.

On top of this, a state of emergency allows the government to bypass normal constitutional processes and places power in the hands of the president. The last fortnight has seen a ramping up of repression, with reporters and editors at Turkey’s oldest newspaper, Cumhuriyet, detained, in addition to 11 Kurdish members of parliament, in what may amount to a final salvo of the root-and-branch deconstruction of free speech and independent opposition in Turkey.

In Korucuk, where Gulen, the son of a popular Islamic scholar, gave his first sermon in his teens, these events echo loudly around cattle sheds and inside modest homes. Locals say in the days following the attempted military takeover, men from nearby towns and cities descended on the village and set fire to the cleric’s home.

Because of the government’s insistence that Gulen planned the failed coup, a view now broadly accepted by many Turkish people, Korucuk is perhaps the most hated village in the land.

That sentiment is on the minds of many villagers, and few are willing to offer their opinions on the cleric. “If the government takes me away,” says a farmer on his knees gathering potatoes, putting his wrists together to simulate being handcuffed, “who is going to do this?” He points at a mound of recently harvested potatoes.

A cousin of Gulen’s was arrested in nearby Erzurum in July while his brother was detained outside Izmir on October 2nd.

The farmer’s words are replicated by others in Korucuk as a reason for not speaking. The community of about 250 people clearly feels afraid and marked by its association with terrorism, for decades a label applied only to separatist Kurds.

Rumours have circulated that the Gulen family home, rebuilt four years ago with a view to hosting seminars and religious talks, is to be turned into a public toilet or knocked down following the failed coup. Locals say, however, that this will not happen, and that no one from the village has yet been detained or investigated in relation to the coup or ties to the scholar. 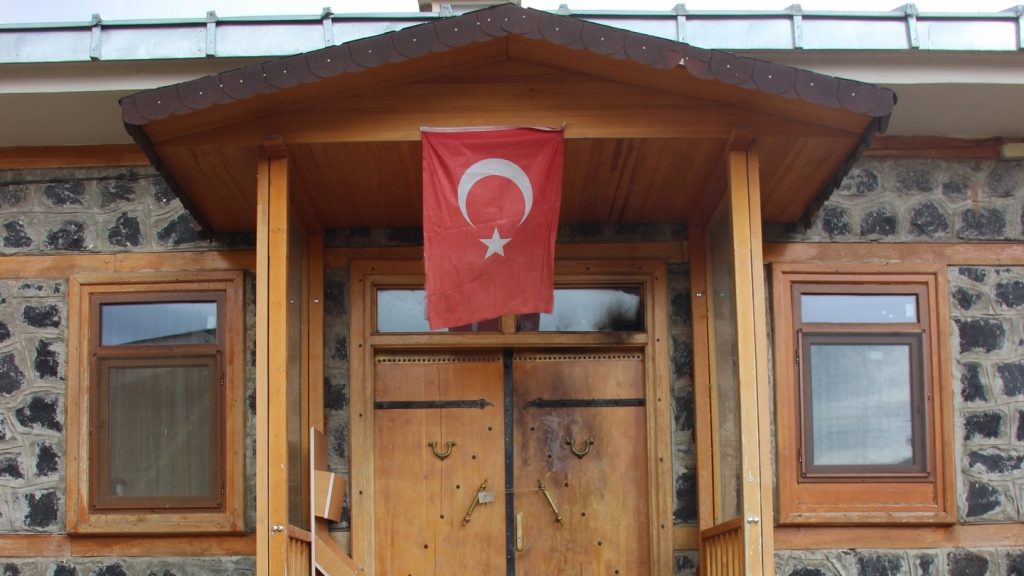 In a graveyard on the western fringe of the village lie Gulen’s father, uncle and brother. Old street benches have been placed around his father’s grave. Long grass and weeds have swallowed much of the space.

“Gulen had nothing to do with the coup. Even the government doesn’t know who did it,” insists the dairy farmer.

Just feet away, freshly turned sod marks a recent death: a 23-year-old villager killed fighting Islamic State in northern Syria on September 9th is buried here. “No-one came to pay their respects, no one [local representatives] came from Erzurum,” the dairy farmer says ruefully before turning to walk back to the village.

“Everyone thinks we are bad people.”