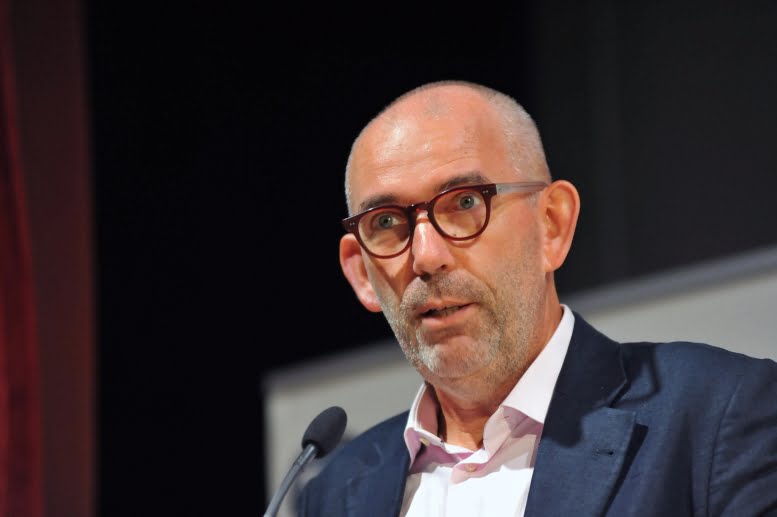 How desperate and cynical can a government — trying to cover up a corruption scandal and silence one of its main critics — get? It started with sacking hundreds of police officers, taking public prosecutors off the corruption case and coming up with rehashed versions of the same outworn conspiracy theories that were fabricated in June to explain why protesters in Gezi Park and many other places were not concerned citizens but puppets manipulated by “dark forces” inside and outside Turkey.

Last weekend, the ruling party introduced another trick, this time from the classic toolbox labeled “The enemy of my enemy is my friend.” Prime Minister Recep Tayyip Erdoğan floated the idea of having a retrial for the hundreds of army officers convicted of planning a coup against the Justice and Development Party (AKP) government. The Ministry of Justice is now seeking possible ways to reopen the Sledgehammer case in which the Supreme Court of Appeals already upheld the court’s 2012 decision, and possibly also to open the Ergenekon case, in which the appeals court has yet to announce its verdict.

Nobody should have any illusions about this remarkable U-turn by a government that, in the recent past, strongly welcomed the same convictions they now want to overturn. This is not the result of new insights or evidence in the disputed cases or a sudden outburst of a sense of justice that was, till now, miraculously suppressed. Retrying coup perpetrators is just another way of distracting people’s attention from the corruption investigations. On top of that, it has the potential of discrediting the Gülen movement, which has been selected by Erdoğan as his worst domestic enemy. If the AKP leader can publicize the mistakes made during the Sledgehammer and Ergenekon trials and convince the public that these were committed by overzealous prosecutors linked to the Gülen movement, it will be easy for him to make a comparison with the corruption allegations against his government. In other words: It is an opportunistic and cunning effort to suggest the government is a victim of the same people who plotted against the military in the past.

If the government manages to pull this off, that would be a moral defeat and a legal setback that will haunt Turkey for a long time to come. Rıdvan Kaya, president of the Freedom Association (Özgür-Der), pointedly underlined the principled problem for Turkish democrats when he said: “It would be unacceptable to categorically invalidate these cases by labeling them with the word ‘plot,’ as if there had been no coup attempts in the early 2000s. This rhetoric and the debates evolving around it are turning into comprehensive propaganda to disprove the coups and show the coup perpetrators as innocent.”

The legal consequences of this politically motivated intervention could be just as harmful. Not because I believe the Sledgehammer and Ergenekon trials were flawless and should not be criticized. As I have written before, there are serious problems with the large number of people convicted who were only indirectly involved, the long periods of pre-trial detention, the problematic nature of some of the evidence and the refusal by the court to hear some of the witnesses on behalf of the defense.

The point is that these shortcomings should be corrected by the judicial system itself. That could be done by appeals courts in Turkey and, if that does not work, by the European Court of Human Rights (ECtHR). It would not be the first time mistakes made in Turkey’s justice system would be denounced by the court in Strasbourg and Turkey would be forced to reopen a case or pay compensation to the aggrieved party. Even without European interference, Turkish prosecutors can at any time decide to reopen a certain case when new evidence has popped up.

What we are now about to witness, however, is an arbitrary intrusion by the executive into the domain of the judiciary for reasons that have nothing to do with correcting past injustices and everything to do with a blatant attempt to escape justice. Instead of helping the truth of the corruption claims come out, the government is trying to save its own skin by putting enormous pressure on the judiciary to drop their corruption probes, and by entering into dangerous alliances that will invalidate the steps Turkey has taken in the past to settle the accounts of the military tutelage system.

9 March 2012 / TODAY’S ZAMAN, İSTANBUL As this year’s Abant Platform tackles the pressing issue of shaping Turkey’s new constitution, a wide spectrum of intellectuals, lawyers, political leaders and journalists are discussing the problematic areas of, and proposing solutions to, the constitutional drafting process. “Deliberations should continue with the spirit of respecting each other’s […]