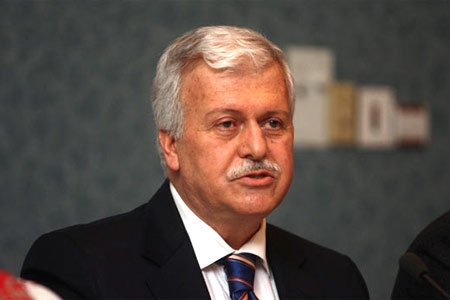 Zaman newspaper’s journalist Huseyin Gulerce’s words ‘ The government has been putting the Alevis off for seven years. This is a shame’  received support from the Alevis.

Huseyin Gulerce, one of the leading figures of the Fethullah Gulen community (Gulen or Hizmet movement) and a journalist for the Zaman newspaper said that the AK Party has been putting the Alevis off for seven years.

While Gulerce’s words raised the question whether this might be an outreach of Fethullah Gulen community for the Alevis, Gulerce received support from the Alevis. Gülerce made the following assessment for the website t24.com.tr:

‘If somebody wishes to go to a “cem house” (a place of worship for Alevis) to worship, we do not have any right to say no and ask them to go to a mosque instead. There is no such democracy. If a citizen demands a cem house, it is the goverment’s responsibility to meet the request. I criticize the AK party in this respect mostly. They have been putting the Alevis off for seven years. This is a shame. About nine years ago Fethullah Gulen said: ‘ Our Alevi citizens are in desperate need of transferring their oral culture to written culture. The cem houses should serve as centers of attraction for the Alevi youth where they would like to go.’ Actually we need to get rid of a selfish comprehension of democracy and understanding of Islam that work only for us. We make nice statements but don’t wish democracy for others. It is not sincere to say “yes to democracy which works me”.

If these opinions belong to Fethullah Gulen and his community, then I am positive about them. So far we have witnessed that the Islamists were not very tolerant and liberal regarding the Alevis. If they are sincere about their assessments, this demonstrates a significant progress on the matter.

Whoever possesses conscience, and anyone who sees and hears will know what the Alevis are asking for. The government is in a strategy of install.

No results came out of the workshops. Even this situation has strengthened the Alevi’s sense of being distracted by the government.