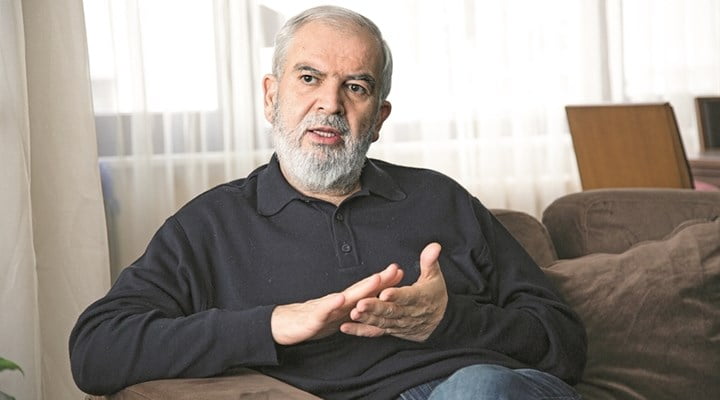 Ahmet Turan Alkan: Erdogan wants to establish his own movement of followers. He is jealous of the Hizmet movement’s ability to appeal to the grass roots of the Turkish public and wanted to emulate the Hizmet’s model.

Popular daily Zaman newspaper’s prominent columnist Ahmet Turan Alkan, expressed that the ruling AK Party has plans to transform its political base into its own [religious] movement.

With close to 40 years of experience as a columnist, including substantive experience with Zaman newspaper, Ahmet Turan Alkan’s career has given him insight into Turkey’s political environment.

Turkish public discourse reached a whole new dimension after the 2013 December 17-25 corruption probes implicating the ruling AK Party (Justice and Development Party) on bribery and illegal gold trade with Iran. Many accuse the government and President Recep Tayyip Erdoğan for attempting to cover up by having the charges dropped.

In retrospect Alkan noted, “The corruption allegations could have reached Erdoğan. He should have been held accountable. This is how a country under the rule of law should operate.”

Equally so, the columnist also defends the view that the government was not always as corrupt, and turns to the point of where Turkey got engaged with Iran to conduct illegal gold trade for oil, in violation of US sanctions.

“Up to this point we had heard of small cases of corruption in the municipality but this was a major incident,” Alkan reflected on its significance.

He recounted, “The process started with the Turkey acting along with Iran to break the US sanctions. Iran tried to sell its oil to cover the necessities of its country…As Iran’s trade moved over Turkey, a movement of money laundering became ever-present.”

Subsequent to the corruption probe the AK Party had denied the charges, blaming the Hizmet movement accusing it of orchestrating the probe.

“This is when the antagonizing rhetoric started,” according to Alkan. President Erdoğan has in fact openly vowed to bring down the movement and anyone it perceives as being affiliated with it such as numerous private teaching institutions which prepare students for university entrance exams.

However Alkan equally notes that the Erdoğan always harboured hostilities towards the Movement.

“This tug-of-war would have already occurred without December 17 – there were signs of this before with Erdogan’s plans to close down private institutions the hostilities became apparent.”

The prominent columnist elaborates “Erdogan wants to establish his own movement of followers. He is jealous of the Hizmet movement’s ability to appeal to the grass roots of the Turkish public and wanted to emulate the Hizmet’s model.”

One of the key establishments which would facilitate this was the TÜRGEV (Foundation of Youth and Education in Turkey) which features Erdoğan’s son Bilal Erdoğan. The foundation itself has been suspected of being a front for Erdoğan’s business interests as well.

“The TÜRGEV foundation was established for the purpose to transform political support into a socio-political movement, which would form the basis for a long-lasting governorship.”

Future of Turkey likely to be coalition governments

It has been 12 years since the AK Party took government, and has presided uninterrupted ever since.

However crackdowns on dissent and protesters, hostilities against the Hizmet Movement, corruption allegations, and new judicial reforms have all been slammed as steps towards totalitarianism.

This power may bear a cost as Ahmet Turan Alkan elaborated; “I do not believe that the AK Party will be able to continue with its current mass support. Their power is starting to become a problem.”

The columnist also reflected upon the 52% vote which won Erdoğan presidency in August stating, “the party is well aware that it has not shown a performance which would justify a 52% vote. There is an environment of panic.”

Alkan added that the opposition parties may join forces; “Turkey will return to the period of coalitions of a number of political parties. I believe it will be difficult for the AK Party to retain victories as a single party. In such a tumultuous environment for the sake of a democratic culture, coalition governments will serve the country better.”

FATMA DİŞLİ ZIBAK, İSTANBUL Human rights advocates and legal experts have voiced their uneasiness about claims suggesting that the ruling Justice and Development Party’s (AK Party) has profiled individuals whom it believes to be followers of certain religious and faith-based groups, describing the practice as being illegitimate and a violation of human rights. According to […]