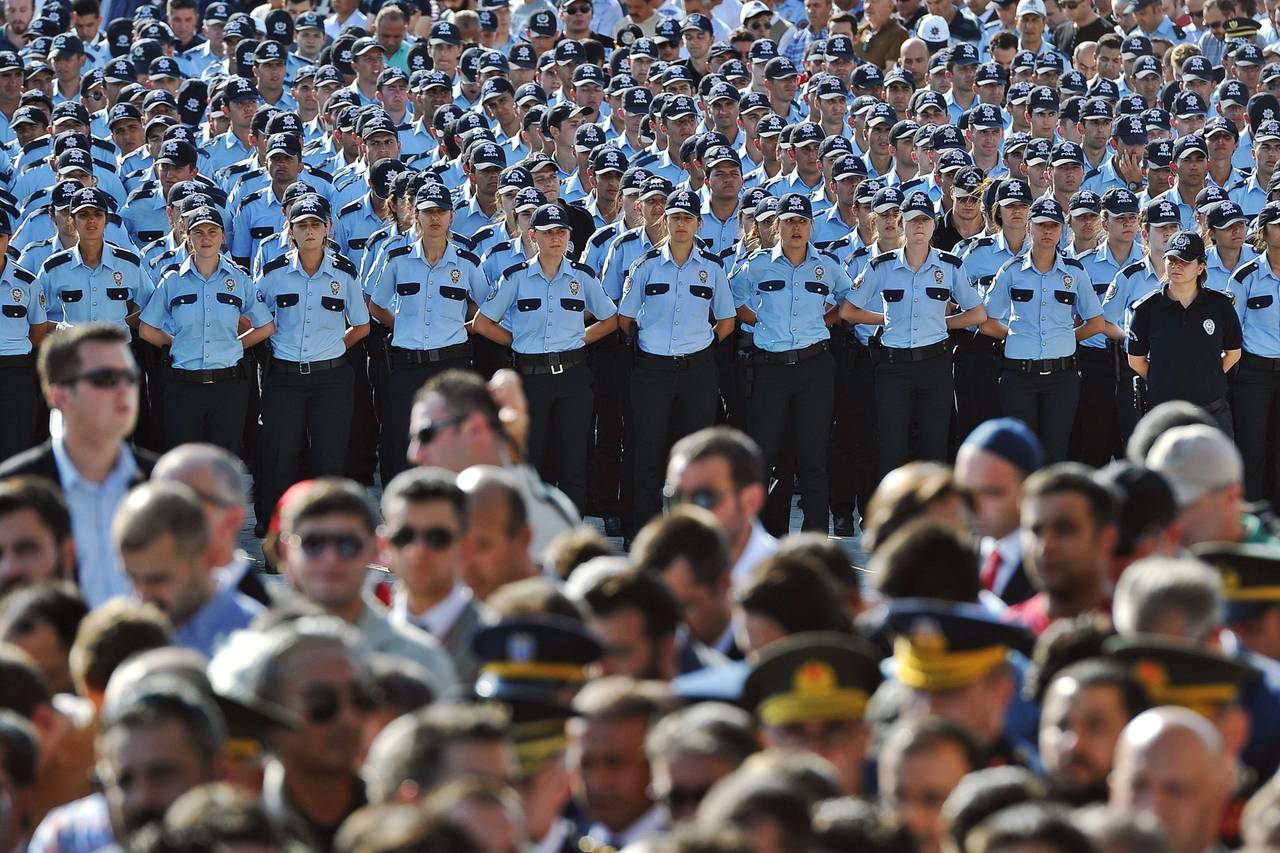 Jay Solomon: President [Recep Tayyip] Erdogan’s government has started mass arrests in Turkey. How worried are you for the safety of your Hizmet supporters? And do you hope the U.S. and other world powers will force Mr. Erdogan to show restraint?

Fethullah Gulen: News media reported serious cases of harassment, assaults and inhuman treatment. I cannot express my sadness and pain. I feel the pain of people who suffer in my own neurons and sometimes cannot even watch TV. It is impossible not to be worried. But I trust that however cruel treatment they receive, Hizmet sympathizers will continue to respect to the law and will remain peaceful. Their response so far is praiseworthy.

I don’t believe the U.S. and the world powers will turn a blind eye to the persecution in Turkey for much longer. However, so far the Western powers’ reaction to Erdogan for his oppressive policies has been disappointing.

Jay Solomon: Secretary of State John Kerry said the U.S. wouldn’t rule out extraditing you back to Turkey. How worried are you that the Obama administration might honor President Erdogan’s request? And what do you believe would happen to you if you were forced to return home?

Fethullah Gulen: In the past, in particular in the aftermath of the corruption scandal of 2013, Erdogan publicly voiced the extradition demand. But despite talking about it for years now, from what I can gather through news, they did not file an official request. And their unofficial demands exchanged in personal meetings did not receive a sympathetic ear. Now, they are attempting to use this attempted coup to again make that same demand. I don’t believe they will be able to produce objective evidence to justify such a demand. And the United States is a country of law. It has a reputation in the world. I don’t believe the U.S. will honor a request that is based on the enmity of a regime, which is recognized as dictatorial and has lost all of its credibility in the eyes of the world. If such as request were to be honored on a basis other than the legal one, such as U.S. interests or Erdogan’s insistence, that would hurt the reputation of the U.S. Under any circumstances, if I had to return to Turkey and face the gallows, I will not blink an eye. I am 77 years old and I look forward to meeting my Lord and the life in the hereafter.

Jay Solomon: Do you believe President Erdogan will use the coup to even further consolidate his power in Turkey? How dangerous is that prospect for Turkey, Europe, and the fight against Islamic State?

Fethullah Gulen: The statements and the actions of the Erdogan government in the immediate aftermath of the attempted coup leave no question about their intentions. He described the event as a gift from God. The military was the one institution where they could not exert their control. They attempted to achieve that partially through the trials of military officers in the recent past. They used the judiciary and the police force against the military to achieve that and then turned against those institutions to purge members not loyal to them. But their repeated attempts to purge the military of the members who are not loyal to them were rebuffed by the general staff. The general staff refused to purge members whose names were provided on lists, insisting on legal proof for such a purge. Now, they have a golden opportunity to do that and they started immediately. I don’t believe in the sincerity of the current Turkish administration in the fight against [Islamic State]. Their taking control of the military would be disastrous for Turkey, Europe and the fight against [Islamic State].

Jay Solomon: What do you think the future is for democracy in Turkey and other majority Muslim countries?

Fethullah Gulen: I leave it to the objective judgment of observers of Turkey whether the current regime can be described as a democracy. During the initial years of the ruling party sympathizers of this movement voted for them because they believed in the promises they made such as extending freedoms, stopping profiling citizens, respecting religious freedoms, and moving Turkey forward in its EU bid. It is now clear that we have been deceived. Those promises were simply a means to achieve more power in the hands of one man. It is sad that this opportunity was lost.

But I am hopeful that lessons will be learned from this experience and the current authoritarian trend will not last long and Turkey will restore its journey toward further democratization. What events or how much time this will take, however, I cannot speculate. If the Turkish example can succeed it will set a very positive example for the majority Muslim countries. I have not lost my hope despite the dire picture we are witnessing right now.