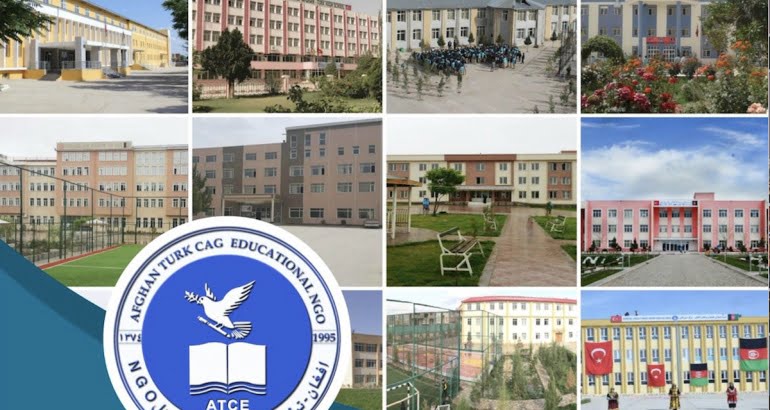 Afghans have collected 1 million signatures to prevent the transfer of Turkish schools established by businessmen and operated by educators allegedly affiliated with the Gülen movement for decades in Afghanistan to the Maarif Foundation, which was established by the government of Turkish President Recep Tayyip Erdoğan to seize Gülen movement-affiliated schools abroad.

The top agenda of Turkish Prime Minister Binali Yıldırım, who made an official visit to Afghanistan on the weekend, was to assure the transfer of  Turkish schools to the Maarif Foundation. Although a protocol was signed on February 26, 2018 for the transfer of these schools to the Foundation, this protocol could not be implemented by the Afghan administration so far. It was reported by Turkish media that PM Yıldırım has tried to put pressure on Kabul administration with the recent visit to assure the implementation of the signed protocol.

Prime Minister Yıldırım said during his joint press conference with his Afghan counterpart Abdullah Abdullah in Kabul that “I appreciate your decision to transfer these schools to the Maarif Foundation, which we have established as a state. Our teachers have come and they are now waiting. There is no obstacle ahead for the transfer process to be put into practice. We expect the continuation of your support on this issue.”

Defining the decision in favor of students, Abdullah said that the agreement has been signed with Turkish Maarif Foundation so the teachers that coming from Turkey would be able to take responsibility in the schools. He said they have also agreed that joint supervision should take place between Afghan Ministry of Education and Maarif Foundation.

However, the parents of the Afghan students who have taken quality education at the schools operated by Afghan-Turk Çağ Educational NGO (ATCE) reacted against the demand voiced by Turkish Prime Minister Yıldırım. The Afghan parents, who have collected 1 million signatures to prevent transfers of these schools to Erdoğan’s Maarif Foundation, have stated that “The Turkish government must treat the Afghan nation with respect.”

ATCE has been serving to the Afghan children for 23 years with 12 high schools, 4 primary schools, 4 preparation courses, dormitories and laboratories across Afghanistan. However, Turkish government’s massive post-coup witch hunt campaign against the alleged members of the Gülen movement following the controversial coup attempt on July 15, 2016 has also targeted the Turkish teachers abroad. The AKP government has requested the countries which are under its influence to close these schools or to transfer them to the Maarif Foundation. The Turkish government has also not hide that it makes plans to abduct the teachers who are working for these schools abroad. The Turkish government has become successful to abduct some teachers in Pakistan, Malaysia, Gabon, and Kosovo so far.

Mohammad Yusuf Pashtun, head of Afghan-Turk Parents’ Association has said that they will not allow any country or organization to use its support for Afghanistan’s education as a pretext to interfere in Afghanistan’s domestic affairs and pursue its own interests. “We will not give support to any institution and association of Turkey to intervene into the domestic affairs of our country and to carry out intelligence related purposes under the guise of education by violating the country’s constitution and the rules of the international law,” he said.

Meanwhile, Ahmad Fawad Haidari, the deputy director of Afghan-Turk schools, has also said that the Afghan government’s decision to hand over the management of the schools to the Turkey’s Maarif Foundation was against the Afghan law and they will continue to rise their objections in this regard.

Three Turkish teachers, Mesut Vardak, Önder Akkuşçu and Yılmaz Aytan, one Afghan teacher and a Turkish businessman, Sami Yavuz, were detained by Afghan intelligence officials in December 2017 on the request of Turkish government over their alleged links to the Gülen movement as Afghan President Ashraf Ghani was on his way to İstanbul to attend the Organization of Islamic Cooperation (OIC) Summit on Jerusalem crisis. Their deportation to Turkey could be prevented with the efforts of the UN at the last moment. Because of this background, the visit by Turkish PM Yıldırım together with his cabinet’s 5 ministers and deputies to Afghanistan has created a severe uneasy among the Afghan students’ parents.

Holding a press conference in Kabul on the occasion of PM Yıldırım’s visit to Afghanistan, Pashtun has stated that “If Turkish Prime Minster’s visit to Kabul is for damaging the school system, as the Parents’ Association we condemn the Turkish Prime Minister for this visit. We consider this visit is in contradiction to the interests of the Afghan nation and the historical ties between the people of the two countries.”

While underlining the fact that they are against the Maarif Foundation, Pashtun has also stated that “In order to support the present school administration and to object the transfers of these schools to Turkish government, as students and parents we have collected 1 million signatures. The government officials need to consider the thoughts and the decisions of the Afghan nation.”

Reading a 7-point declaration, Pashtun stated that “The decisions taken by Afghan and Turkish governments about the fate of Afghan-Turk Schools are against the Constitution. We ask the government authorities to reject these decisions immediately and to make it clear to the public.”

Speaking to the Afghan government, Pashtun said, “Do not continue to follow illegal policies for the sake of fulfilling the purposes of the foreigners. If you continue to do the practices contrary to the Constitution, you will find the serious decisions of the Parents’ Association and all the responsibilities of these decisions will belong to the government. Parents’ Association will always support the Constitution of Afghanistan.”

“If a prime minister comes here to take only a few schools, we will be even more determined to protect those schools,” said Fazıl Ahmad Manawi, the Vice-President of the Parents’ Association and added that “A prime minister is coming this country to take over schools which are mostly Afghans. Only a few Turks work in these schools and most of the schools are affiliated to Afghans. If a few Turkish teachers are so important to a prime minister, then our commitment to our future will be even greater.”

“We will not allow those who want to harm the future of our children and their education,” Manawi said and continued: “We will not allow any foreign country to play with the future of our children. I have always thought of a formula for solving this problem. When I heard the words of the Maarif Foundation’s spokesperson, I found the solution. The Maarif Foundation claims that they will double the number of Afghan-Turk schools. So they were going to make the number of Turkish schools 24. Then the issue is resolved. You will build 12 schools first, then take over these present schools. You could not find a more logical, more peaceful and more effective solution than this. We promise, if the Maarif Foundation will build 12 more schools, we will sign for the transfer of the remaining 12 schools.”

Sharing a dialogue between him and his daughter, Manawi said that “Last night there was news about schools in TVs. My daughter asked me a question: ‘Dad, where do they go if they take Turkish teachers out of here?’ I said, ‘We will not allow this. But if we can not afford this, the teachers go to other countries.’ My daughter asked again: ‘Does not Turkish government arrest them in those countries?’ I said, ‘No, the rule of laws dominates and there are sovereign governments in those countries.’”

“However, we have no law, no sovereign government in our country. Such a weak government which bow before the illegitimate demands of foreign countries and opposes its own nation’s will would never be respected. A (Turkish) government, which does not show compassion and pity for the students who are studying here, is pitiable to no one else. However in these debates, our government is more responsible than the Turkish government. Why does the Afghan government submit to the illogical, illegal and illegitimate desire of a foreign country? ”

Manevi has also stated that “The Turkish government should respect the will of the Afghan nation. The seizure of these schools is one of those disrespectful acts.” Reacting to the Maarif Foundation, Manawi has also said that “The Maarif Foundation’s spokesperson made an arrogant and immoral statement by saying that ‘let us see what we will do.’ Sorry guy, our country is not a laboratory… These schools have been serving in Afghanistan for 23 years and they are respected by everyone and we are all here to protect the interests of our nation and our country.”

Abdulshukur Dadres, another vice president of the Parents’ Association of the Afghan-Turk Schools, also reacted to the AKP government and stated that “Turkey’s President Erdoğan had made a commitment to Afghan people years ago. He had said that ‘We will build a university, we will restore Mevlana’s birthplace, we will build a hospital,’ but none of these promises were delivered by him. But, I do not know why, he began to show an intense interest in Afghanistan after the coup attempt in Turkey. Does Turkish government want to serve these schools or they just want to take the Turkish teachers at these schools? If they want to give support to Afghan schools then here they are. No, we understand that they have no intention of helping to Afghan people.”

Dadres has also criticized the protocol signed on February 26 and argued that this protocol can not be implemented. “It has been 43 days since the deal was signed and the Turkish government has been advertising every day by saying that ‘we have taken over the schools.’ Who took over these schools? Everyone knows who owns these schools. Believe me it is very embarrassing, very regretful and very bad. It’s been almost a month and a half, but they have not managed to get the schools yet. The Council of Ministers also endorsed this agreement. Unfortunately, nobody has asked what do these parents, what do these people say and what do they want.”

Dadres continued to say that “Then, Turkey’s Prime Minister visiting here today. The biggest goal of this visit is to take over these schools. Never! Any intervention into the Afghanistan’s cultural and educational sphere will have a heavy price. Maybe you will pick up these schools, but nobody can get in here. They could hear what I say. We had a meeting with a senior government official recently. We have showed him the same stance and our stance will continue. We want the issue to be solved within the framework of the law. We do not accept anything illegal.”

International Charity organization Kimse Yok Mu and Turkish schools operating in Afghanistan delivered aid for 750 families who have been living in tents in the aftermath of a sweeping flood.