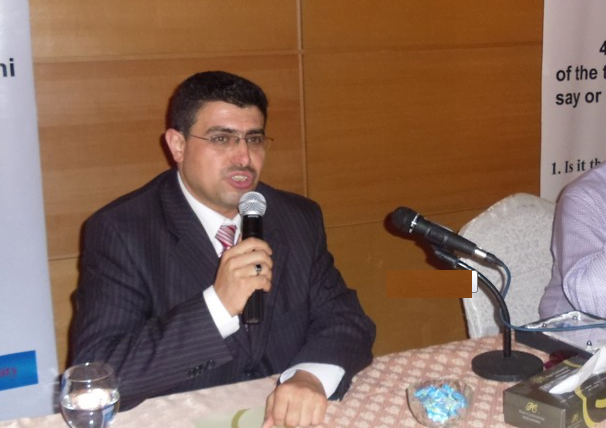 The World Trade Bridge 2014 is being organized by TUSKON at Expo Centre Istanbul from June 18, 2014. He emphasized this while holding meeting with the SVP Hyderabad Chamber of Commerce and Industry Turab Ali Khoja here at HCCI Secretariat the other day.  He informed that TUSKON is regularly organizing the World Trade Bridge two times in a year aimed to bridge the gap between the industrialist, traders and growers of Turkey and the world industrialists and traders.
The Pakistan traders, industrialists and growers should participate in the trade bridge so that the both countries could further strengthen the trade relations, he added.
He said that interested traders, industrialists and growers should contact with the organizers so that they could be able to get visas and tickets with easy procedure.
Ali Yilmaz informed that objective of his visit to HCCI was not only to enhance the trade quantum between the two countries but also extend cooperation in the education sector.
Meanwhile, Senior Vice President HCCI Turab Ali Khoja said that interested traders and industrialists related with the business of construction, contracting, building material and furniture can get information regarding World Trade Bridge from HCCI Secretariat.