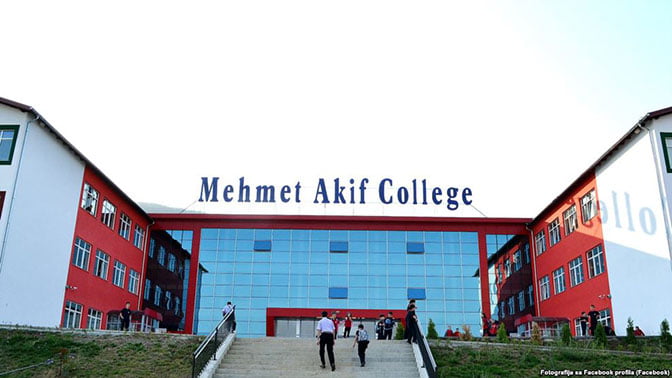 ISTANBUL/PRISTINA (Reuters) – Six Turkish nationals arrested in Kosovo over links to schools financed by the Fethullah Gulen movement that Ankara blames for a failed 2016 coup have been extradited to Turkey, Turkish state-run news agency Anadolu said on Thursday.

The Kosovo Interior Ministry said the residence permits of the six had been revoked after their arrest for “security reasons,” but did not elaborate. Anadolu said the six were now in Turkish custody.

It said the six were responsible for recruitment in Gulen’s network and helping those in Turkey leave the country amid a security crackdown in which tens of thousands of people have been sacked from their jobs or jailed over alleged Gulen links.

Ankara accuses Gulen, a U.S.-based Muslim cleric, of orchestrating the July 15, 2016 coup attempt, and has declared his movement a terrorist organization. He denies any connection with the abortive putsch.

At its peak, the Gulen movement operated schools in 160 countries, from Afghanistan to the United States. Since the coup attempt, Turkey has pressured allies to shut down Gulen-run establishments.

“We have been facing enormous pressure from the Turkish authorities in the past weeks to take actions against Gulen schools and their staff,” a Kosovo government senior official told Reuters in condition of anonymity.

Authorities in Kosovo, whose population is mainly Muslim, said earlier there no plans to shut down Gulen schools.

Turkey is a major supporter of impoverished Kosovo, which declared independence from Serbia in 2008, and Turkish firms run the tiny Balkan country’s sole airport and electricity network, and are building two highways worth around $2 billion.

In Sarajevo, Turkish Prime Minister Binali Yildirim said after a meeting with his Bosnian counterpart that more action should be taken against Gulen’s followers there, “especially in the sectors of education and business, and (we) want (Bosnia’s) continuous support for the solution of this problem”.

Bosnian Prime Minister Denis Zvizdic said his country would continue to cooperate with Turkey to prevent “any activity that may endanger Bosnia’s stability or its relations with Turkey”.

Bosnia has taken no concrete steps against the schools believed to be financed by the Gulen’s network, but some Turkish teachers have left the country under political pressure since the coup attempt.