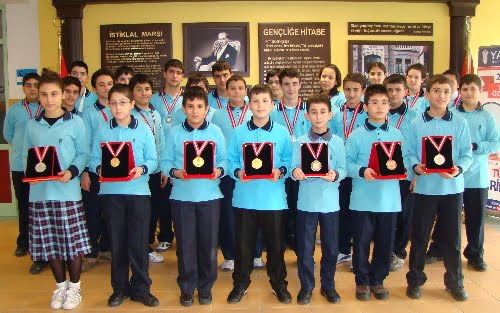 The results of this year’s Transition to Higher Education Examination (YGS) exam were announced on the website of the Student Selection and Placement Center (ÖSYM) on March 29; they revealed the disastrous state of the Turkish education system. According to the exam results, the number of students who didn’t correctly answer a single one of the 40 questions on the YGS mathematics section was about 420,000, while nearly 900,000 students scored zero on the science section of the YGS, which is the first round of exams for university applicants in Turkey.

The government has been expending a significant amount of effort on shutting down dershanes and Turkish schools abroad affiliated with the Hizmet movement, inspired by the teachings of Turkish Islamic scholar Fethullah Gülen. The high number of students who received a score of zero in the YGS has drawn attention to Turkey’s longstanding educational problems. Experts who evaluated the issue with Sunday’s Zaman agree that it is not rational for the government to attempt to close down institutions working to address educational problems while the Turkish education system still suffers from the same problems which have blighted it for years.

Faruk Ardıç, the counseling coordinator at the Hizmet-affiliated FEM dershanes, spoke with Sunday’s Zaman about the significance of education in societal development, and stated that the role of the Education Ministry and the ruling party is to improve the quality of the education sector and the workforce and to resolve the problems in the Turkish education system. However, Ardıç said that the government has been expending all its energy on closing down the few educational institutions that are contributing to the resolution of educational problems, instead of focusing on the underlying problems in the Turkish education system.

The AK Party government’s controversial proposal to ban dershanes was passed by Parliament in March and was approved soon after by President Abdullah Gül. With this law, all dershanes will be shut down by Sept. 1, 2015.

Noting that there are many educational problems that need to be resolved in the Turkish education system, Ardıç shared some examples of problems with Sunday’s Zaman readers. Ardıç stated that the system employs about 80,000 substitute teachers working on low salaries instead of fully equipped full-time subject teachers; each year more than 2 million students compete with each other to enter 420 higher education institutions; existing private schools are operating at 60 percent capacity while classrooms in public schools are overcrowded; Turkey has been listed 43rd out 44 countries, alongside countries such as Chile, Indonesia and Saudi Arabia, in the field of English language teaching; most schools in Turkey lack the necessary facilities to provide a good education for their students; teachers don’t have sufficient job qualifications; education faculties fail to train good teachers; and the number of applicants who score zero in the YGS is very high.

Ardıç also stated that education is being politicized in Turkey and people are being polarized by the statements of some government officials whose real responsibility is to deal with the educational problems in the country.

Commenting on the closure of dershanes in an interview with Sunday’s Zaman, Private Courses Union (ÖZ-DE-BİR) Chairman Faruk Köprülü stated that the Turkish education system is sacrificed to political conflicts, adding that the government should focus on resolving educational problems instead of closing down dershanes. “If the government takes the necessary steps to improve the quality of the Turkish education system, students will automatically stop going to dershanes. When public schools start to provide high quality education, the need for dershanes among the public will correlatively decrease. Köprülü continued, “The government claims that the dershanes violate equality of opportunity in education, but we have to ask whether there is equality of opportunity in Turkish public education? Of course not. On the contrary, the dershanes are seeking to provide equality of opportunity in education. With dershanes, a student from a rural part of the country is able to enter to Turkey’s most prestigious universities. With the education provided in rural public school, it is almost impossible for rural-based students to enter those universities.”

Agreeing with Köprülü, Democratic Educators’ Union (DES) Chairman Gürkan Avcı told Sunday’s Zaman that one of the most serious problems in the Turkish education system is the inequality of opportunity between public schools in the eastern and western and between urban and rural parts of Turkey. Avcı stated that while students in some parts of the country are provided with a good quality education, other students are provided with a very bad quality education. “This should not be acceptable. If we don’t resolve this serious problem, it will very difficult to improve the Turkish education system. The Education Ministry and the government should therefore focus on resolving this issue. They should not focus on closing educational institutions.”

Foreign Minister Ahmet Davutoğlu sent orders to Turkish embassies to take steps to close Turkish schools located overseas, according to reports published recently in Turkish media. The foreign minister has also defended instructions given to Turkish embassies and representations abroad to have Hizmet-affiliated schools shut down. Davutoğlu said that the reason behind the orders was that a number of foreign civil society representatives had sent letters to officials in their countries in which they lodged complaints about Turkey.

“Government officials should focus on solving the longstanding educational problems in the country instead of conducting social engineering to convince the public that educational institutions which have demonstrated the highest levels of cultural and scientific achievement are dangerous and unnecessary. What is even more noteworthy is that these same officials were speaking highly of these institutions during earlier speeches they made both in this country and overseas. The government should focus on upgrading the educational quality of public schools, where academic achievement is low, and should try to decrease the number of zero scorers in public examinations,” Bahçe noted.

The faith-based Hizmet movement administers a wide network of schools and more than 2,000 educational establishments in more than 140 countries around the world. These schools provide an education to thousands of students and are well known for their achievements in the International Science Olympiads.

Andrew Duff, a Liberal Democrat member of the European Parliament, also accused the prime minister, whom he said was “clearly elected democratically,” of not ruling democratically. Duff said the aggravated language that exposes serious rifts between the AK Party and the Gülen movement risks destabilizing Turkey.