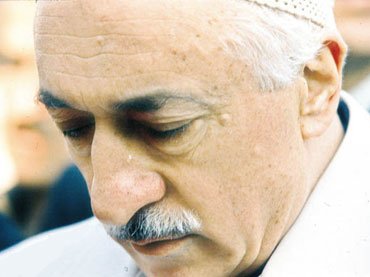 Turkish Islamic scholar Fethullah Gulen has described Saturday’s bloody terrorist attack in Hatay as “villainy” and called on the public to remain cautious and exercise common sense in the face of the bombings.

In his latest weekly speech, broadcast on the website herkul.org, Gulen said the bombing in Hatay was more heinous an attack than an animal could commit. He said the attack targeting Hatay, a symbol of a culture of peaceful coexistence, has created great sorrow. He said people will respond, while preserving common sense, to those who have targeted efforts to restore social peace and brotherhood in Turkey.

Two car bombs ripped through crowded shopping streets of the border town of Reyhanlı, a main hub for Syrian refugees and opposition activity in Hatay province. Fifty-one people were killed and as many as 100 injured in the bombings. The bodies of 46 dead were retrieved from the bomb sites on Saturday while another five victims were found later.

Gulen recommended people hope and pray that this brutality will not be repeated. “In our prayers, we should remember those people who were wrongly and brutally killed and martyred,” he suggested.

He then said that he had been moved a great deal by the information and images on the attack victims he had seen in newspapers. “This was an atrocious, repulsive, heinous act. What madness is it to kill people without caring whether they are innocent children, women or men? How psychopathic and sadistic is this? Even animals wouldn’t do such thing,” he said.

He further stated that Turkey is surrounded by problems and needs new strategy and projects to overcome these problems. Unless we come up with a long-term strategy to deal with our problems and realize our strategy in a determined manner, our land will become the home of further villainy, the scholar added. “May God protect us from even the dream of this,” he noted.

Gulen additionally expressed his sorrow and condolences for the victims of the Reyhanlı blasts.

EYÜP YAŞAR, TUNISIA The head of Tunisia’s largest opposition movement, Rachid Ghannouchi, has warned that Islam is endangered by radicalism, which he described as a project of bringing about incitement and civil war. The Ennahda leader was invited to the symposium titled “Ijma as a Common Roadmap and Collective Awareness” that is scheduled to take […]