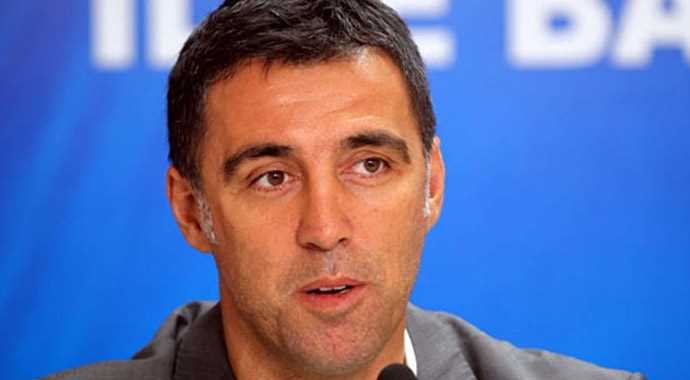 Officials from the ruling Justice and Development Party (AK Party) have criticized İstanbul deputy Hakan Şükür over his sudden resignation from the party in protest of a government plan to shut down Turkey’s prep schools.

Following Şükür’s resignation, AK Party Deputy Chairman Mehmet Ali Şahin told members of the press that “one can only be successful in politics when he acts in concert with the leadership of his party, and it is not possible to achieve success when one stays in touch with the nonpolitical circles that he has bonds of love for,” alluding to Şükür’s “love” for the Hizmet movement led by Turkish Islamic scholar Fethullah Gülen.

Foreign Minister Ahmet Davutoğlu said that solidarity in a political movement is important; “Thus, a person who has different views on certain issues should take the path of dialogue and discussion to the very end.”

In a statement Şükür released on Monday evening that was carried by several Turkish news outlets, he said that he was personally offended by what he called “hostile moves” against the Hizmet movement. “For over 20 years I have known and loved the Hizmet movement,” Şükür said.

“To treat these people, who have staunchly supported the government on every issue … as enemies is at best nothing but ingratitude,” said the former footballer, who played for Galatasaray, Inter Milan and the Blackburn Rovers.

Şükür’s departure from the AK Party is the most tangible fallout so far in a rift over the government proposal to close down the prep schools.

The Hizmet movement helped Erdoğan’s AK Party win a growing share of the vote in three successive elections over the past decade.

But there have long been ideological differences. Many of Gülen’s followers see him as a progressive and pro-Western influence on Turkey, while Erdoğan’s legislative moves against issues from abortion to alcohol consumption have triggered growing accusations of government interference in private life.

Since he came to power in 2002, Erdoğan has built up a core of wealthy loyalists, largely from the same religiously minded professional class that reveres Gülen.