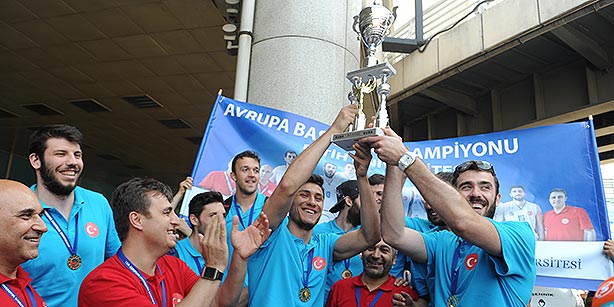 On Saturday, the Turkish team, which is coached by İsmail Beleş, subsequently won the final against Serbia’s University of Nis with a score of 73-66.

The new champions returned to Turkey on Sunday and were welcomed by friends and family at İstanbul Atatürk Airport.

Fatih University basketball team coach İsmail Beleş spoke to reporters at the airport, saying: “We played six wonderful matches, with only one loss. We beat Serbia in the final and won the championship. We are so happy and we dedicate this championship win to the Turkish nation.”

Highly satisfied with the Turkish Schools operating in their country and demanding more, an official delegation from Thailand visited Bursa, Turkey. Bursa Governor Sahabettin Harput expressed his pleasure to host Chiang Mai Governor Tanin Subhasaen, his wife and accompanying officials from such a far but friendly country. Emphasizing the significance of Thailand as a country […]