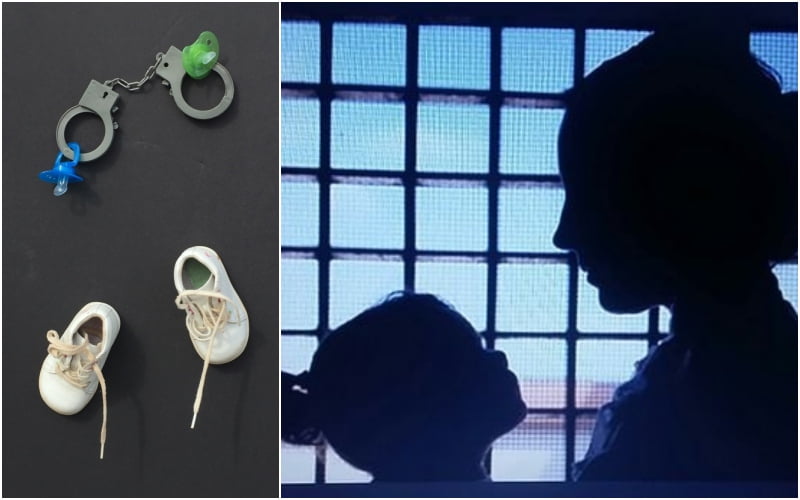 Indeed, Hüseyin Adalan, a columnist for the pro-government newspapers Yeni Söz and Milat, has commented that “Killing FETÖ members including babies is a religious obligation. Those who show compassion [for them] must also be killed accordingly.”

The extent of children being held in Turkey’s prisons is due to this view that alleged Gulenists do not have human rights. Despite law 5275 of the Turkish Penal Code stating that ‘the sentence of imprisonment is to be left behind/postponed for women who are pregnant or have not passed six months since the conception of birth’, many women have been arrested in maternity wards immediately after delivery. Other children have been born inside prison, not knowing what freedom looks like. As of July this year, 76 newborn babies were stateless after embassies refused them identification cards, believing that their parents had Gulenist ties.

When confronted with the issue of children in detention, the ruling Justice and Development Party dismissed it as propaganda. Thus, I spoke to Mustafa Sencer, whose wife and child are currently imprisoned, to get an inside look at the situation.

The Story of Baby Asim

Mustafa’s wife, Suna Uslu, was detained by the Aksaray City Police on the 27th of October 2016. Her crime? Being a subscriber to Zaman, a newspaper sympathetic to Gulenists and critical of the government. She was also a dorm manager who received her salary from Bank Asya, which has been seized by the Turkish government due to links with Fethullah Gulen. When Suna was detained, their baby Asim Sencer was only 40 days old.

Suna was in custody for one week before being arrested. Mustafa’s mother, who has breast cancer and was undergoing treatment, looked after Asim during that time. They were taking him to the police station three times a day for breast feeding. Asim cried constantly during that period. Once formally arrested, Suna was moved to the Eregli detention centre. 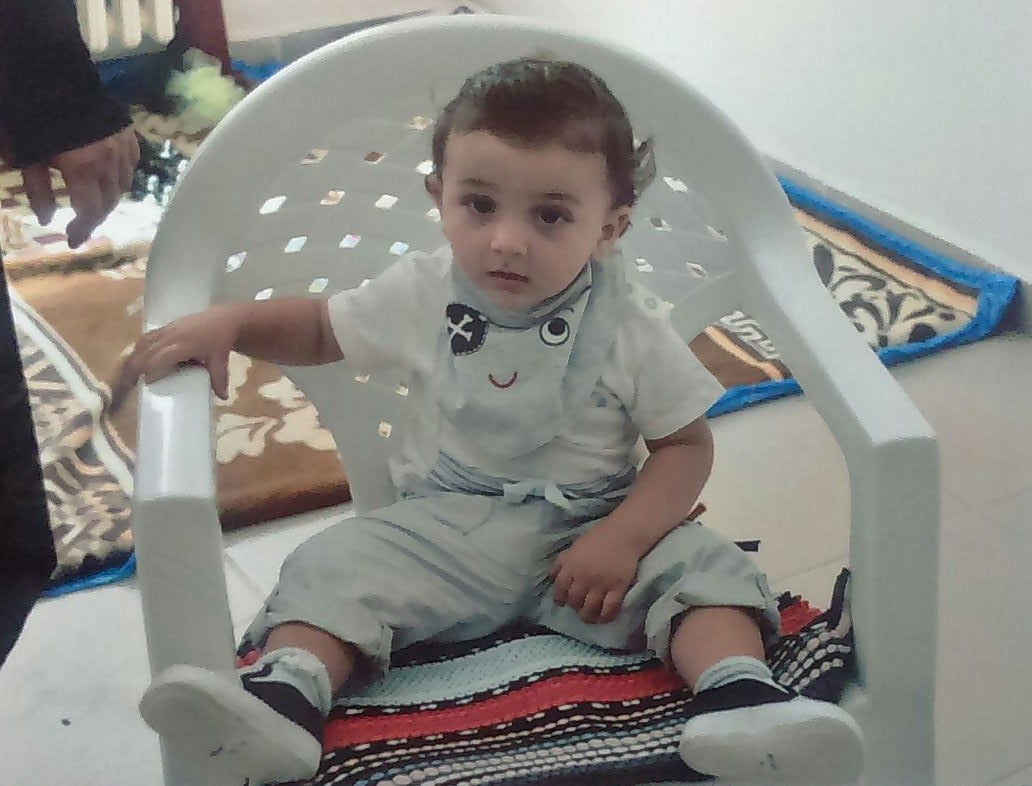 As Asim could not go without his mother, and with the trips taking its toll on the family, they took him to the Eregli detention centre to stay with her. Suna could not breast feed anymore due to the stress, so they unwillingly started Asim on baby food. He has had developmental problems because of this, and from the lack of sunlight he receives. Furthermore, baby food supply is a problem. They have had to apply to prison authorities many times for additional food.

Asim does not have his own bed, sharing with his mother. Once, he fell off the bed resulting in a lump on his head. There is no access to baby toys. Asim makes do crawling around on the concrete floor, tearing his trousers. When his pacifier broke, Mustafa bought him a new one; it took eighteen days for the police to deliver it to Suna. More recently, Asim has started to walk and attempts to get out of the cell when the guards come to count the inmates. When the door is closed on him, he cries heavily.

Suna has, as can be imagined, had a tough time in detention. Asim has become sick. The police take them to the clinic, with Asim in Suna’s handcuffed arms. Suna also suffers from illness, a rheumatism problem. To receive medical care, prisoners are taken to a clinic in a dark, barred shuttle bus on designated days. Suna is one of the first to see a doctor, then her and Asim must wait on the claustrophobic bus for others to be taken care of.

The family applied to the prosecutor’s office for Suna’s release but had no luck. The prosecutor insisted that she confess to be released. But she had committed no crime to confess to. Mustafa exclaims, “did my wife and infant perpetrate a coup attempt? My wife operated an F16 fighter jet and my baby operated a tank?!!”

Suna’s trial was held on the 21st of September 2017, ten months after her arrest. She was tried in the Aksaray Second Heavy Penal Court, assigned for terrorism and organised crime. She was not provided with a defence lawyer. Most of her defence was not recorded due to an audio system failure. What was written down was not compatible with her words. The whole trial lasted about 25 minutes. Based on this, Suna was sentenced to seven-and-a-half years imprisonment. Seven-and-a-half years for having a respectable job and subscribing to a newspaper. 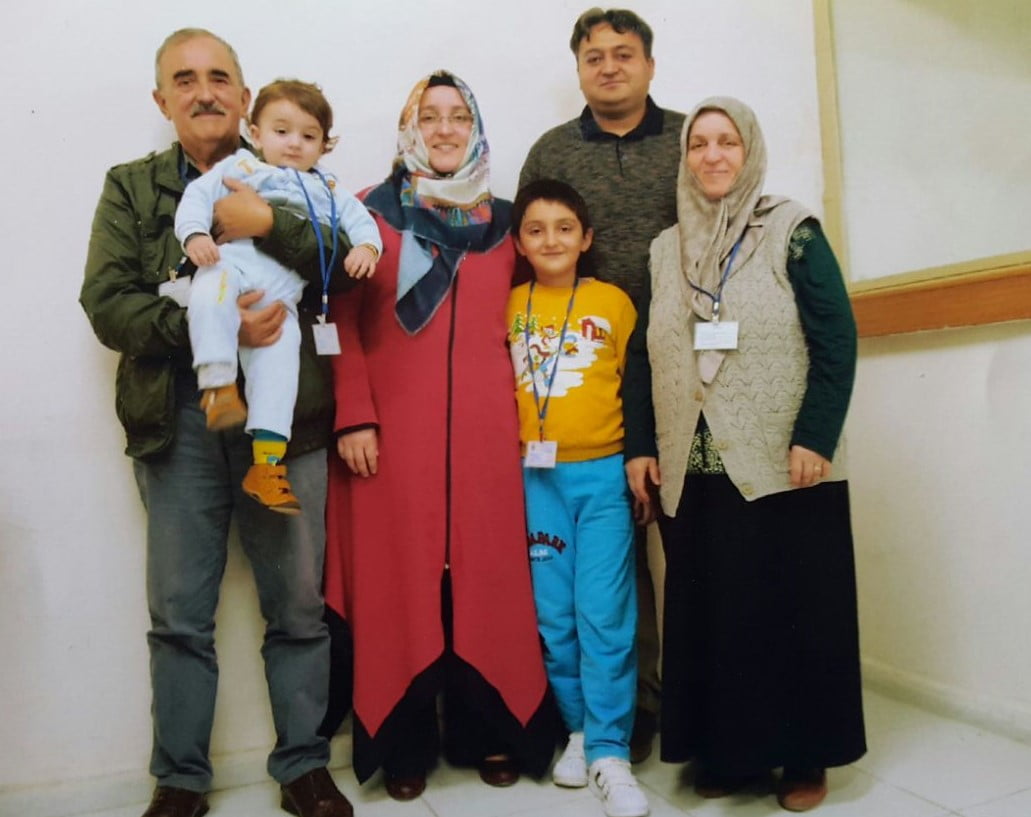 A family photo taken at the Eregli detention centre with Suna Uslu, her kids, and her parents.

Straight after the trial, Suna applied to a mid-level appeal court in Ankara, but they yet to receive her application two months later. It has been deliberately held up by the Aksaray court. When Mustafa applied to the to authorities for their legal rights, he too was taken into custody for thirteen days on false accusation, clearly an intimidation campaign.

Suna and Mustafa have two other children, boys aged seven and nine. They are both traumatised by the situation and have nightmares. They wake screaming, and tell Mustafa that ‘I see the police tortures my mum’. Mustafa and Suna are allowed only a ten-minute phone call every two weeks, and he is missing his baby grow up.

On top of all this, Mustafa has been stigmatised by the arrest of his wife. Some friends and family have stopped even simple greetings as they are afraid to be associated with him. Mustafa was dismissed from his job, and struggles to find new employment. His financial situation is dwindling, surviving on savings that will run out soon. The trips to Eregli get expensive, and he deposits money into Suna’s kiosk account often; items in the centre are expensive, not to mention inadequate for a baby’s needs.

Considering the laws outlined in both the Turkish Penal Code and by various international standards, the extent of children being held in Turkey’s prisons needs to be addressed. When necessary for a child to be with their imprisoned mother, their basic needs must be met. But overall, Suna Uslu does not deserve to be detained, and Asim, alongside the other 667 babies, certainly do not deserve to be subjected to these conditions.

Leighann Spencer is a PhD student in Justice Studies at Charles Sturt University. Her focus is on identity, vigilantism and state accountability. Currently residing in Australia, she previously worked on police accountability and anti-vigilantism initiatives in South Africa.