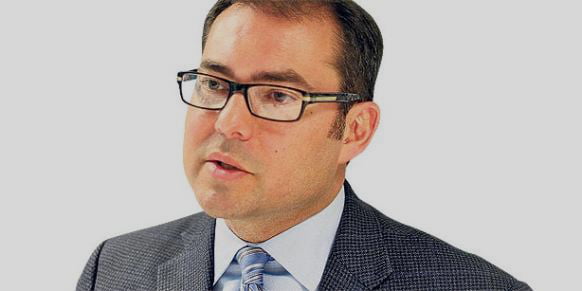 And I am the president of Bayan Claremont, an Islamic graduate school at Claremont School of Theology.

I have a very positive impression of the Hizmet Movement and Fethullah Gulen.

As an American Muslim, we are a minority in this country, and the Muslims here have a very bad reputation or image, because of what goes on in the media around the world involving terrorism and other negative actions of Muslims.

And the Hizmet Movement, as an organization, with Fethullah Gulen’s inspiration for the movement, is a bright light for the Muslim-American community because of the focus of the organization in doing community service through relief work, and in focusing on education, in scientific education in particular, and also, with regards to interfaith and intercultural exchange.

As we are a minority that is misunderstood here, the efforts of the Hizmet Movement and Fethullah Gulen to help Muslims here and around the world to speak in our own voice, as opposed to being represented or misrepresented in the media, is something that we benefit from tremendously.

Mr. Fethullah Gulen’s movement, the Hizmet Movement, is making tremendous contributions to Muslim culture in today’s world, in that it is helping Muslims focus on education so that we can contribute to the betterment of this world.

It’s helping Muslims focus on cultural exchange so that we can be better understood, in our own terms, for what we represent.

And the Hizmet Movement is allowing and inspiring Muslims to give something back through relief work.

And that’s a significant contribution to the ummah.

As an academic, as a historian of Islamic history and sciences, I see that the Hizmet Movement and Fethullah Gulen are doing a great job of representing authentic Islam.

Islam is a religion that is focused on the Qur’an and the teachings of the Prophet, but also goes beyond just the superficial practice to the heart of the tradition that inspires us as Muslims to become better individuals, to grow in our character, and then, as a manifestation of our practice of Islam, contribute to the betterment of society, whatever society it is that we live in.

And so, in my perspective, what Fethullah Gulen and the Hizmet Movement is reflecting about Islam, is a true authentic manifestation of the faith.

The role that it’s playing in society is not to grab power, but rather to hold to accountability those who are in authority.

And that’s a unique position, and that’s really the role that religious movements should play in the world.

It shouldn’t be about obtaining power, it should be about holding those in power accountable for the way they in which they govern.

I am a Palestinian-American Muslim, and, as a Palestinian, there are a number of tensions that exist between Muslims and Jews—for example surrounding the issue of Israel—and sometimes Muslims, take a hostile stand or posture towards Jews in general, which is un-Islamic.

Although we might differ with regards to the issue of Israel and the future of a Palestinian state, it’s important that as Muslims we have an open mind and follow the teachings of our Prophet and the Qur’an in engaging across political lines and religious lines to get to know one another.

There’s a verse in the Qur’an that I find manifest in the work that the Hizmet is doing, when Allah (swt) says in the Qur’an, “..” which reads, “O mankind! We have created you from a single male and a single female, and made you into nations and tribes, so that you may get to know one another, not that you may despise one another. Truly the most honored of you in the sight of God is the one who is most God-conscious.”

And to me, engaging in interfaith relations is the reason that God created us with diversity, not just in terms of race but also in terms of different faith groups.

Therefore, the work of Hizmet in reaching out to understand one another, not to despise one another, is really a manifestation of this commandment that we receive from God in the Qur’an.

And the focus on education and science and technology empowers and enables Muslims, to be relevant for today’s world.

Now, education is something that is emphasized in Islam as well.

So, although the focus of the education is not religious, focusing on education is a manifestation of the values, the Islamic values of pursuing knowledge.

Unfortunately in today’s world, many Muslims are in a psychological state of despair.

And so, because we’re victims, we have a victim mentality, that we have nothing to offer and we just kind of sit and pout and really have no hope.

And as Muslims, then, we are contributing to the betterment of society and the world at large.

One of the things that is striking about the Hizmet Movement, with regards to relief efforts, is that the focus is not just on Muslims helping Muslims, or Turks helping Turks, it’s on Muslims helping anyone who’s in need, which is really what our religion teaches us to do.

For example, when the typhoon struck in the Philippines, the fact that Kimse Yok Mu went in there to help anyone who was in need, not just the Muslim community, was a testament to the character of those involved in this kind of relief work.

**Profile: Jihad Turk, a founding Board Member of Claremont Lincoln University, has been instrumental in the establishment of Bayan Claremont, a graduate school designed to train Muslim scholars and religious leaders. He previously served as the Director of Religious Affairs at the Islamic Center of Southern California. His current interests include Islamic Law, interfaith relations, Islamic reform movements, and community leadership and development with a focus on youth.

*Produced by Spectra Media exclusively for Irmak TV, Atlas of Thoughts (Fikir Atlasi) connects the scholars, politicians, jurists, religious figures, journalists, and academics reflecting on Turkish Islamic scholar Fethullah Gulen and the Hizmet Movement with the audience. Each episode features a person from a different segment of the society with diverse experiences regarding the Hizmet activities and its volunteers. If you are interested to hear about the Hizmet and Mr. Gulen from these people’s perspectives, do not miss this show!

Gülen and the participants of the movement he helped create have no interest in the privileges of power, which is evident from their purposeful abstention from holding political office or negotiating for political advantage.

Many bureaucrats who are just doing their jobs and have no affiliation with any political groups now face [the prospect of] being dismissed with a claim of having links to the Hizmet movement. However, it is widely known that many of the bureaucrats discharged from their posts do not have any links with the movement,” Arslan said.

REUTERS U.S.-based Turkish cleric Fethullah Gulen has denied giving orders to police and prosecutors in a corruption inquiry rocking the government, saying his worldwide movement of followers was being used as a scapegoat to divert attention. In his first TV interview in 16 years, the influential preacher told the BBC that Prime Minister Tayyip Erdogan […]