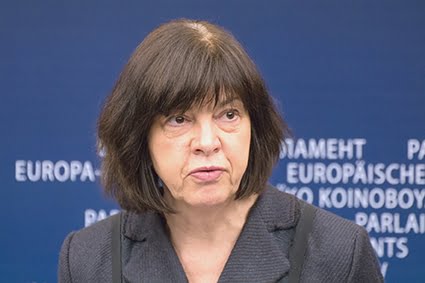 General understanding of the public is that the Turkish gov’t is bullying its Georgian counterpart into submission to put Cabuk into prison. Do you think that’s the case?

I think Georgia needs to maintain good relations with Turkey. If you look at the map, you see that Georgia is a very pro-European country, but it’s situated far away from the EU. It has borders with other countries and has longstanding relations with Turkey. They don’t want to lose their existing relations. Everybody can have political doubts on this, but on the other hand, Georgians have the responsibility to develop their country and to develop it on different levels; in a safe and reliable way.

But should it come at the cost of the cases mentioned?

No. I have appealed since the very first day I heard about this case, to the Georgian Government, not to return Cabuk to Turkey because it’s clear for me that the prosecution is politically motivated. It happened after Turkey decided to approach the Gulen movement. Among the people that the Turkish Government wants to see in prison, some have never been Gulenists. I am convinced that it’s against the rule of law and fair justice to criminalize somebody only because he works for an organization or is close to an organization.

His pre-trial detention time is pushing the limits published by the Constitution. The court and Georgian government have to make up their mind. What would your advice be?

They should also not return Mustafa to Turkey. Give him the possibility to lead a safe life in Georgia, because the possibility to escape from prison, his possibilities to have a fair trial in Turkey, his chance to be protected against ill-treatment or torture are tiny. Something that Georgia should not do in its relationship with Turkey is to support unfair trials and human rights violations like the ones that take place every day in Turkish prisons.

But, if the pressure from Erdogan’s Government continues, what do you think can serve as leverage to alleviate this?

I also think Turkey has interests in Georgia. It’s always wrong to see interests only on one side. I think Georgia, in this case, should follow what other countries already did following the fundamentals of human rights, i,e, not to send Mustafa back.

Can the European Parliament, Western institutions, OSCE, US State Department be enough leverage to persuade the Georgian Government that this is not the way to go?

I’m raising my voice to protect people which I see in a situation such as Mustafa’s. It is to protect our western ideals of democratic standards, the rule of law and human rights. Mustafa is one person; yet we are not only fighting for him, but for what is right and what is wrong.

There have been opinions that cases like Mukhtarli, Cabuk might affect Georgia’s relations with the West. What do you think?

In the institutions of Brussels, you will find no-one who wants to weaken our relations with Georgia. But, there are people who think that the idea of close association between eastern neighbors and the EU is wrong, and this is a kind of new imperialistic strategy, as it’s very much against the interests of new Russia. Those people will use any human rights case as an excuse. I hope Georgian justice is stronger than Georgian interests to please Erdogan, and I hope the Georgian justice system is as strong as we believe it to be in Brussels. Right now, we think of Georgia as being among the three associated countries that have made the biggest progress.

There was an assembly of more than 20 NGOs who appealed to the President to grant Mustafa asylum. Would you agree with them?

I said so already when I was in Georgia last year. It’s a case for political asylum. I think it’s a very good initiative to ask the President of Georgia to grant political asylum to Cabuk, and I happily join this initiative.