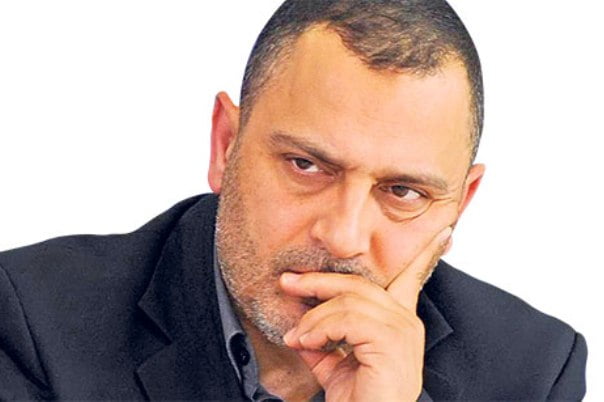 A Tunisian politician from the Islamist Ennahda Party said in İstanbul on Tuesday that his country was able to agree on a constitution thanks to concessions from all parties and a policy of political consensus, as he noted that all in the Arab world are tested by power.

Ahmed Gaaloul, a member of the Shura Council of Ennahda and an adviser to the former prime minister of Tunisia, talked to Sunday’s Zaman at the Turkish-Arab Intellectuals Forum organized by Turkish Review and the Hira magazine in İstanbul on Feb. 17-18.

“We were able to draft a constitution by making concessions which enabled us to reach a very wide consensus and a political basis,” Gaaloul said, while noting that conflicts of interest between political parties still remain in his country.

Tunisia is the country that first sparked the Arab Spring with the protest of a street vendor, Mohammad Bouazizi, whose self immolation in December 2010 served as a catalyst for the Tunisian revolution, also known as the Jasmine Revolution. After then-President Zine El Abidine Ben Ali was forced to step down in January 2011, Ennahda secured victory, along with the center-left Congress for the Republic and the left-leaning Democratic Forum for Labor and Liberties (Ettakatol), in the first free and democratic elections in the country.

Refraining from making a comparison with the situation in the other countries affected by the Arab Spring, this politician, who had lived in exile in the United Kingdom as a scholar, says it is hard to make comparisons. “We need to read what happened in Tunisia in the context of Tunisia,” he notes, adding, “Of course what happened in the region has an impact on us.”

In response to a question on whether Islamist movements have been tested by coming to power, Gaaloul says the challenge is the same for all political ideologies, but Islamists seems to have it more since they have the majority.

In January of this year, the Islamists transferred power to a “technocratic government,” in Gaaloul’s terms, in order to open ways to finalize the constitution and pave the way for new elections. According to him, people with “political identities” left the government.

Emphasizing the importance of Ennahda’s experience of “sitting down with seculars,” Gaaloul said the fact that they have different ideologies does not mean they are enemies.

According to him, Tunisia is going through a transitional period that requires consensus, but he notes that many Arab countries lack even the level of consensus that Tunisia has reached. “It will take two to three decades to build a political consensus in the Arab world,” says the scholar, who specializes in both philosophy and Islamic sciences.

“We are getting out of a dictatorship and trying to build a democratic life,” Gaaloul says, stating that this is why consensus is required to achieve it without violence. For him, it is very possible to have peace and differences coexist.

In response to a question, Gaaloul disagrees that the state has been granted almost holy status in the Arab world, saying that the Arab world had to meet the “modern state” at the end of the colonial period. “We didn’t freely choose it or discuss how we would like to be governed,” Gaaloul says, arguing that the common values of the Arab world do not correspond to the modern state.

Attaching great importance to a “strong society,” Gaaloul says, “We cannot define a strong state without a strong society.” According to him, an oppressive state is not a strong state, since if you are powerful, you do not have to resort to violence, but only convince your people.

“Having a powerful civil society will strengthen the state. We are trying to build that concept,” Gaaloul states, when it comes to the situation in Tunisia. Saying that his country has passed the test of holding free and democratic elections, he says the challenge will be establishing a new coalition government.

According to Gaaloul, “in real democracies” political parties govern for a limited number of terms, since elections allow them to leave power and renew themselves in accordance with the demands of the people.

In reference to the current crisis in Turkey that unfolded after the corruption probe on Dec. 17 of last year, Gaaloul says that conflicts are part of a powerful society, as he notes that power always corrupts, regardless of the nature of the regime.

For Gaaloul, Arab societies have been going through a “painful” conflict over the nature of the relationship between society and the state since the fall of the Ottoman Empire.

Having Hizmet movement is important for Turkey

The Hizmet movement, a social-religious movement inspired by the teachings of Islamic scholar Fethullah Gülen and which has its origins in Turkey, is an important “model,” according to Gaaloul.

The Hizmet movement “revives civil society in a modern state,” he says, as he emphasizes that the movement also adheres to the values of the Muslim world.

“Having Hizmet is very important for the Turkish state. It will help the state to renew its values,” the Tunisian politician comments, while also mentioning the wide range of activities the Hizmet movement is involved in with civil society.

“You need to have a free, strong society, which does not necessarily agree with you,” Gaaloul says, when it comes to relations between civil society and politics, and adds that having a strong civil society will “balance politics against corruption.”

Appreciating the non-sectarian attitude of the Hizmet movement, the Tunisian politician describes the movement as a “guarantee” for the state, since it will help society renew its values and elites.

Born in 1966 in Tunisia, Ahmed Gaaloul was brought up in the coastal town of Hammamet. He had to leave the country at the end of 1990, seeking to finish his studies in Morocco, where he received his BA in philosophy. Afterwards he sought political refuge in the UK, where he first went to Reading University to work on a Ph.D. in the philosophy of language and then a Master’s degree in Islamic studies. He taught the foundation of fiqh (jurisprudence) and maqasid al-Shariah (principles of Islamic law) at the European Academy for Islamic Studies, and is now finishing a Ph.D. in the field of Quranic studies.

He has participated in a number of academic conferences and written a number of papers in both English and Arabic.

Gaaloul has also written two novels and eight children’s stories. He holds a fourth Dan black belt in taekwondo, is married and has three children.

Gaaloul returned with his family to live in Tunisia after more than 20 years of forced exile thanks to the revolution of the Tunisian people. Ahmed is a member of the Shura Council of the Ennadha party.