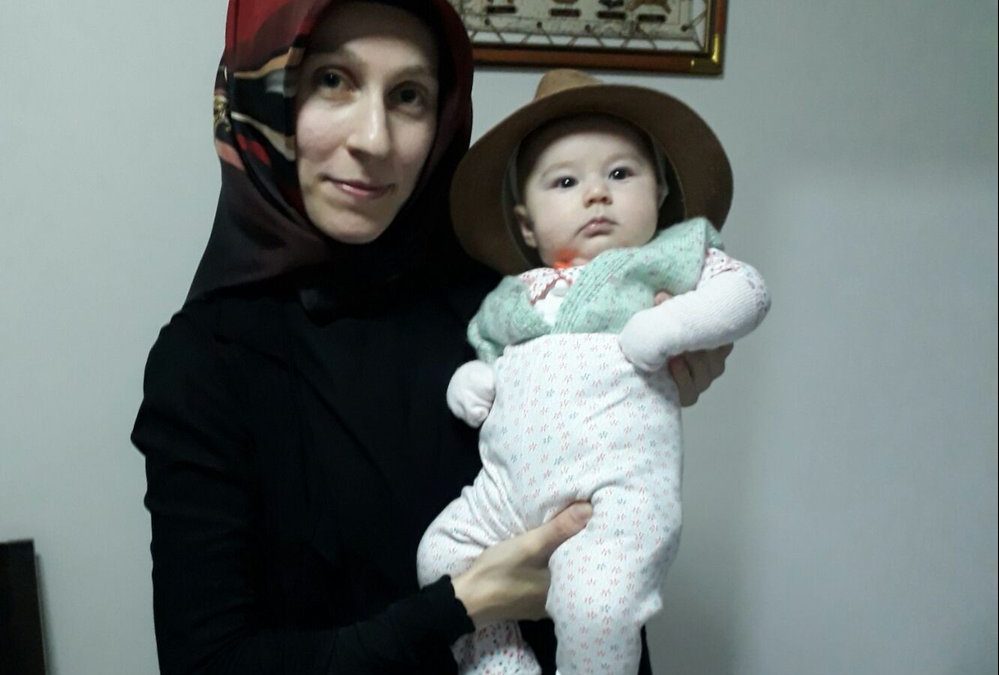 According to TR724 online news portal, O.E.H. stopped by the Tokat police station upon an earlier call from police regarding a probe on Dec 27. The prosecutor in charge requested her arrest underlining that she might avoid investigation although O.E.H. had voluntarily complied with the police notice.

TR724 said O.E.H. was remanded in prison with her 3-month-old baby after they spent 2 days under police custody, on Dec 29.

More than 17,000 women in Turkey have been jailed as part of the government’s post-coup crackdown against the movement and other critics.

At least 700 other children aged between 0 to 6 were put behind bars along with jailed parents as they had no else to look after them outside.