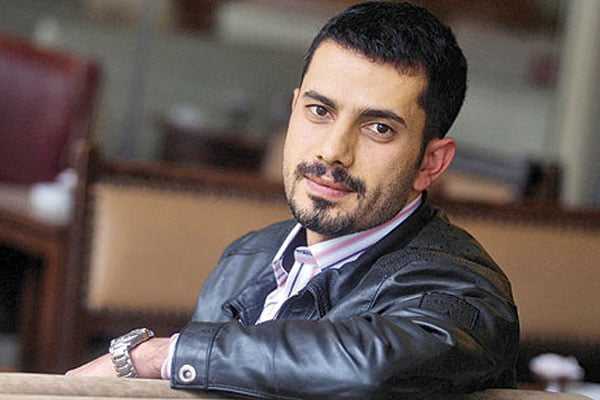 A prompt investigation launched against journalist Mehmet Baransu for reporting on a confidential National Security Council (MGK) document that mentioned a planned crackdown on faith-based groups in the country has been met with harsh criticism by Turkish and foreign journalist associations.

“It is the responsibility of a journalist to report on issues that directly concern the people,” stated Committee to Protect Journalists (CPJ) Executive Director Joel Simon, when speaking to the Cihan news agency.

Starting last month, the Taraf daily published several confidential documents suggesting that the Justice and Development Party (AK Party) and the National Intelligence Organization (MİT) profiled individuals linked to some religious and faith-based groups. The party admitted the authenticity of the documents but argued that no action was taken to implement the policy prescriptions indicated therein.

On Thursday, however, the Prime Ministry, MİT and the National Security Council (MGK) filed a joint criminal complaint against the daily and Baransu for revealing confidential state documents. The complaint immediately turned into an investigation against the journalist. Baransu now faces charges of acquiring confidential documents crucial to state security, unveiling information that is forbidden to announce and political and military espionage. He may face a prison term of up to 43 years for the charges.

Simon defined the complaint against Taraf as an “obstacle before the people’s freedom of information.” “The position of the Turkish government [in filing the complaint] was no source of surprise for me. There is no doubt over the authenticity of the [profiling] document,” he said, adding that the government was ashamed of and angry with the publication of the document, and that could be the reason behind the filing of the complaint.

In a major front page report on Friday, Taraf harshly condemned the criminal complaint, saying the government was treating the newspaper as a “terrorist” as the criminal complaint was filed at the Ankara Deputy Chief Public Prosecutor’s Office, which is responsible for crimes committed under Article 10 of the Counterterrorism Law (TMK). Taraf also recalled a recent call on prosecutors by Deputy Prime Minister Bülent Arınç to take legal action against the daily and Baransu for reporting the profiling claims. However, said the daily, when prosecutors refused to act upon Arınç’s call, the Prime Ministry, the MGK and MİT decided to file a complaint at the prosecutor’s office.

The profiling document, published by Taraf on Nov. 28, shows that the MGK advised the government in 2004 to adopt legal measures that would impose harsh penalties on some religious and faith-based groups, in particular Hizmet, inspired by Turkish scholar Fethullah Gülen.

The two-page MGK document was signed by Prime Minister Recep Tayyip Erdoğan, then-Foreign Minister Abdullah Gül, then-President Ahmet Necdet Sezer and Cabinet members as well as military commanders of the time. The document urges the Foreign Ministry, Interior Ministry and MİT to closely monitor and report on the activities of the Hizmet movement at home and abroad. It further advises the government to instruct the Interior Ministry and Ministry of Education to investigate and monitor schools affiliated with the Gülen movement and report their activities to the BTK.

The MGK is the top state body, created by the 1960 military coup. It was seen as a shadow government while the military was in power. Furthermore, it ruled the country directly from 1980 to 1983 before transferring power to the civilian government.

In tweets on Friday, Baransu said he was facing a new investigation, but this time by the government, on the grounds that he reported the confidential documents. In the past, the journalist has faced several investigations after complaints were filed by the Turkish military for the same reason.

In a brief assessment for Today’s Zaman, prominent journalist Yasemin Çongar, who is also Taraf’s former editor-in-chief, said neither the criminal complaint against the newspaper nor the investigation against Baransu fall in line with the principles of the free press.

Pınar Türenç, the chairwoman of the Press Council, said the complaint and the investigation led to perception that the judiciary is being used as an “element of threat” in Turkey. “Unfortunately, this is not a wrong perception. In the past, prime ministers used to sue journalists. However, the MGK and MİT, along with the prime minister, file criminal complaints against journalists, defining them as terrorists.”

Türenç also said her council does not approve of the judiciary swinging above heads of journalists like the Sword of Damocles.

The Turkey Journalists’ Federation (TGF) was critical of the investigation, too. TGF President Atilla Sertel issued a written statement in which he said the investigation was yet another severe blow dealt to the free press in the country. “The purpose [of the government], with this investigation, is to frighten Turkish journalists and force them to turn a blind eye to the country’s facts and report on unimportant issues,” he stated.

In addition, Republican People’s Party (CHP) Chairman Kemal Kılıçdaroğlu said the criminal complaint against Taraf serves as “proof that the government is working to hide some facts from the public.” “Taraf is an important newspaper. It is reporting important matters. You may like it or not. Allowing journalists to freely perform their profession is one of the fundamental conditions of democracy. Everyone should respect this condition,” he noted in remarks to reporters.

Taraf, however, did not back down from its position against profiling despite the criminal complaint and the investigation. The daily responded to the charges with a harsh column by its editor-in-chief, Neşe Düzel. Many defined the column as a “manifesto.”

In her column, titled “They are getting dirty under the same rain,” Düzel harshly criticized the criminal complaint, saying the government was not satisfied with a single complaint, and instead, ordered the Prime Ministry, the MGK and MİT to file a joint complaint because it was both afraid of Taraf and determined to “finish the daily off.” “How frightening it must be to have things to hide from your people. You are so afraid that the realities may be revealed some day,” she said, in reference to the government, and added: “If a ruling power [government] launches a campaign of pressure, threats and distortion, then it is a sign that it is close to the ‘end of the road. Because the people will then begin questioning that power and eventually see the face [of the government] which it has long been fighting to hide.”

Düzel also said this is not the first time Taraf has faced a campaign of criminal complaints and investigations. The daily has regularly faced similar action since it was established in 2007, particularly by the Turkish Armed Forces (TSK).

“There is one thing those men [who file complaints against Taraf] have not understood yet. This newspaper will never be afraid; we are accustomed to all those complaints and investigations. If you threaten us with sending us to prison, we may go there [serve our term] and then leave the prison as honest and honorable people. But what if you go there? How will you leave that place?” Düzel asked.

Claims emerged on Friday that most copies of the Taraf daily, sent to newsstands in various provinces, were purchased en masse by municipal policemen and then destroyed so that readers cannot get hold of copies of the daily.

Some Taraf readers complained on Twitter that they cannot find copies of the daily at newsstands in their provinces, while others claimed that municipal policemen were behind a campaign to prevent readers from having access to the newspaper. Under such hashtags as “Profiling is unacceptable,” “The voice of the public is valuable,” and “No closures in democracies,” some Twitter users said it is hard to find Taraf in Edirne, for instance. “I cannot find a copy of Taraf in most places in Edirne. I wonder who is ‘collecting’ Taraf copies,” said one user.

Another user claimed that municipal policemen in many provinces were collecting Taraf copies so that people could not read the newspaper. “Why is Taraf being collected? Just because it is reporting the truth?” asked another user. One other user, in irony, wrote “Copies of Taraf have been collected in Denizli. I will not be surprised if Taraf is shut down because there is democracy in our country.”