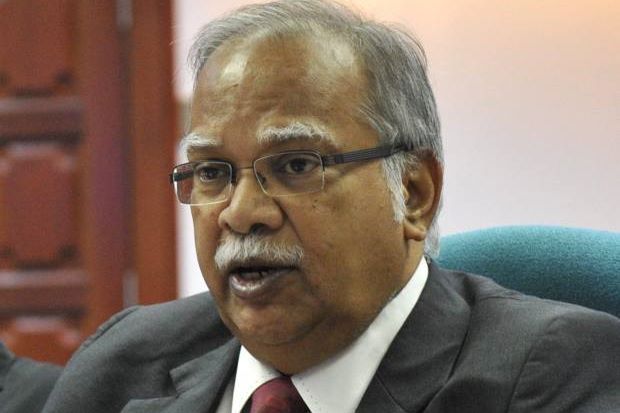 What wrong have the three Turks done for the Malaysian authorities to deport them to Turkey? Is it because of their involvement in Islamic State activities or are they supporters of the exiled Turkish cleric, Fetullah Gulen?

If Gulen is such a “terrorist” why is he being allowed to stay in the United States? For the Deputy Prime Minister Ahmad Zahid Hamidi to say that they were being deported due to terrorist activities does not make sense at all.

Why the double standards in our immigration or deportation procedures? We have allowed certain individuals into the country to make incendiary speeches to the point of hurting the sentiments of members of other religions, yet we are harsh when it comes to individuals from some other countries.

In other words, we are Third World “champion” on a selective basis.

If the three Turks are supporters of Gulen, then there is no case for Malaysia. Gulen is not a terrorist but merely a powerful thorn on the side of the Turkish dictator Recep Tayyip Erdogan. Just because the three opposed the government of Erdogan was not sufficient reason for Malaysia to arrest and deport them. Mind you, they have their families and children with them here.

It is so clear that Malaysia has acted on the request of the Turkish authorities. Once these individuals land in Turkey, torture and possible death await them.

Unlike some others, these three Turkish individuals have not created any problems for Malaysia. They are not a security threat to the country; they merely have sought to escape the dragnet cast by Erdogan.

Thus, the deportation of these three Turks is inextricably related to Erdogan’s attempt to stem the tide of the growing opposition in his country, particularly from the followers of Gulen. Malaysia is merely doing the “dirty” job for Erdogan.

This is quite similar to a few years ago when Malaysia deported suspected Tamils from Sri Lanka for their alleged links to the Liberation Tigers of Tamil Eelam (LTTE). Some of the Tamils who fled to Malaysia to escape the Sri Lankan army’s crackdown were then deported back to Sri Lanka. It would be a miracle to expect them to be alive in Sri Lanka.

Those Tamils who were deported did not create any problems for Malaysia. Yet the Malaysian authorities simply acted on the behest of the then Sri Lankan murderous regime to deport them.

It is about time the Malaysian authorities relied on the judicial system to ensure that individuals, before they are deported, have access to some form of justice. At least the courts can establish whether these suspected individuals are guilty of what they have been accused of.