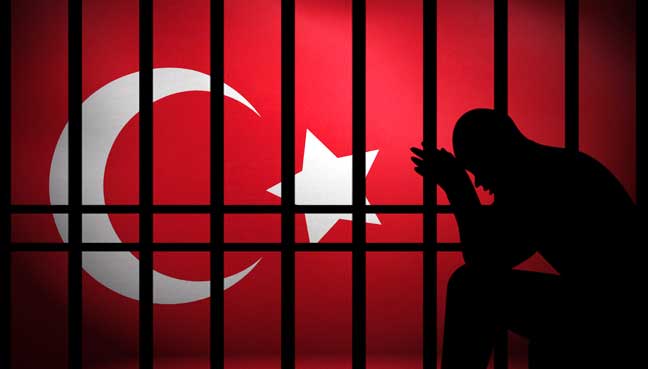 PETALING JAYA: Human rights NGOs have called on Malaysian authorities to accept responsibility for the alleged torture of a Turkish teacher in his native country after he was deported from Malaysia.

Speaking to FMT, Lawyers for Liberty (LFL) and Suara Rakyat Malaysia (Suaram) said the authorities had violated international customary law when they deported Alettin Duman and two other Turkish citizens back to Turkey at the request of Ankara.

They said this was done despite pleas from family members who feared for their safety in the wake of President Reccep Tayyip Erdogan’s clampdown on domestic dissent after an abortive coup.

Lawyers for Liberty and Suaram say authorities violated international law by deporting the Turkish teacher back to his homeland despite fears for his safety.

The two NGOs were responding to a report by Swedish human rights group Stockholm Center for Freedom (SCF) which quoted a former detainee as claiming that Duman was being tortured in a Turkish jail.

Duman, a private school teacher who was extradited to Turkey in 2016 on charges that he was involved in the failed coup that year, was allegedly beaten, tortured and threatened with staged executions.

The detainee, known only as S T, had shared a cell with Duman in Ankara’s Sincan Prison.

LFL executive director Eric Paulsen and Suaram project coordinator Dobby Chew said it was unlikely there would be any consequences although Malaysian authorities may have violated international customary law which prohibits the deportation of a person to a place where that person will face further prosecution.

“There’s no international mechanism (to censure such violations). That’s one of the biggest weaknesses in international law and that’s why Malaysia still violates it,” Paulsen said.

Chew agreed, saying there was no avenue for anyone to challenge or file a complaint after the deportation.

“Meanwhile, Malaysia will most likely say it didn’t know and it only complied with requests,” he said.

“Just like Naik – India wants him, but does Malaysia just hand him over to India? Surely Malaysia must examine his reasons for not returning to India to face charges.

“When it is convenient, Malaysia will just hand them over. We have seen how genuine claims of asylum were circumvented by the authorities just bundling them away – people accused of being pro (Erdogan opponent) Fethullah Gulen to Turkey, Uighurs to China and even a poet to Saudi Arabia.”

The poet Paulsen spoke of was Hamza Kashgari whom the authorities arrested in 2012 for alleged blasphemy.

Authorities claimed the arrest was made at the request of Interpol, which denied it.

Hamza was then deported back to Saudi Arabia.