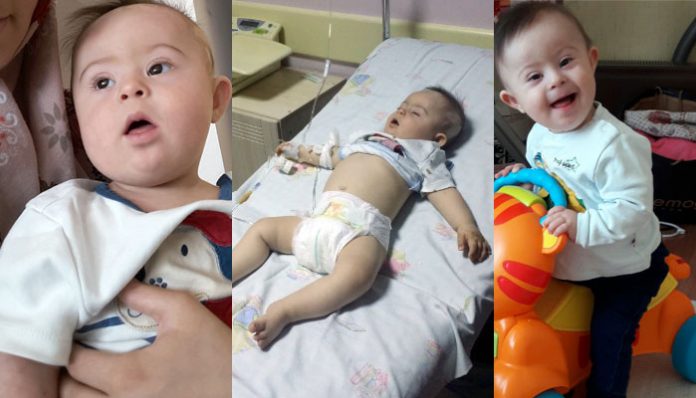 According to AktifHaber.com website, prison conditions are not appropriate for baby Enis, who suffered gastric bleeding when he was 8 months old and doctors had to establish vascular access for him.

Both of Enis’s parents were teachers and put in pretrial detention over alleged links to the Gülen movement, which the Turkish government accuses of being behind a failed coup last year.

Turkey survived a military coup attempt on July 15, 2016 that killed 249 people and wounded more than a thousand others. Immediately after the putsch ruling Justice and Development Party (AKP) government along with President Recep Tayyip Erdoğan pinned the blame on the Gülen movement.

Fethullah Gülen, who inspired the movement, strongly denied having any role in the failed coup and called for an international investigation into it, but President Erdoğan and the government initiated a widespread purge aimed at cleansing sympathizers of the movement from within state institutions, dehumanizing its popular figures and putting them in custody.

According to a tally by TurkeyPurge.com, over 146,000 people, including teachers, academics, police officers, soldiers, judges and prosecutors, have been dismissed from government jobs, close to 127,000 detained and almost 57,000 arrested on coup charges.