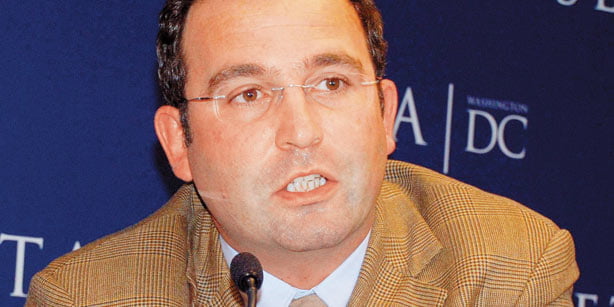 The conflict between the Gülen movement and the Justice and Development Party (AKP) has now taken on a very public dimension. For many in Turkey and in the West, this conflict is nothing but a power struggle. Yet, focusing solely on politics and the quest for power would be reductionist. The current conflict has deep historical, ideological and even doctrinal roots.

At the ideological level, the most important divergence is the two sides’ conflicting approach to Islam. The AKP is not a classical Islamist party, but it does come from a “political Islam” tradition. The predecessor of the AKP was the Welfare Party (RP), under the leadership of Necmettin Erbakan. The ideological tradition of Erbakan was known as the “Milli Görüş” (National View) movement, which followed the precepts of classical political Islam, in the footsteps of Arab Islamist theorists like Sayyid Qutb and Hassan al-Banna in Egypt. Milli Görüş stems from the Muslim Brotherhood tradition. The Muslim Brotherhood is a “political Islam”-oriented movement that wants to come to power in order to change the governing system. It prioritizes the brotherhood of the “umma” in the classical Islamic sense, as a universal community of believers. The concept of a nation-state is rejected by the Muslim Brotherhood because it is seen as divisive and tribalist, in addition to being a relatively modern Western invention.

The Gülenists, however, come from a Sufi and Turkish brand of Islam that is not against the nation-state. On the contrary, it embraces Turkish nationalism and shows great respect for the Ottoman/Turkish state tradition. This patriotic and nationalist brand of Sufi Islam, embraced by the Gülen movement, has considerable disdain for the Arab world. The roots of the Gülen movement go back to Said Nursi (1878-1960), a preacher from Eastern Anatolia whose teachings (the Nurcu movement) emphasized the compatibility of Islam with rationalism, science and positivism. Nursi’s main contribution to Islam was a 6,000-page commentary he wrote on the Quran. This body of work is known as the “Risale-i Nur” (The Light Collection) and advocates the teaching of modern sciences in religious schools as the way of the future for an Islamic age of enlightenment. The Nurcu movement of Said Nursi, in time, has become the most popular brand of Sufism in Turkey. Its moderate, pragmatic, patriotic and harmonious approach to Turkishness, nationalism and positivism also enabled the Nurcu movement to develop a less-confrontational approach to secularism and Mustafa Kemal Atatürk.

A crucial aspect of the ideological difference between the AKP and the Gülenists is related to politics and the role of the state. The Nurcu/Gülenist tradition, unlike the Milli Görüş/Muslim Brotherhood/RP/AKP tradition, wanted to stay away from politics and political parties. For Said Nursi, the politicization of Islam was a dangerous path. Political Islam was bound to clash with the secular tradition of the Kemalist state. This is why Said Nursi’s Nurcu movement did not want to openly associate itself with any political party after the start of multi-party politics in 1946. Instead of political Islam, the Nurcu/Gülenist tradition embraced social and cultural Islam.

The goal became to win the hearts and minds of the masses and to educate pious, patriotic, law-abiding citizens respectful of the Turkish state tradition. The Milli Görüş tradition went the opposite way by turning itself into a political movement that repudiated Kemalist Westernization. It embraced not Turkish nationalism but universal Islam and an anti-secularist, Islamist agenda. The apolitical nature of the Nurcu/Gülenists compared to the political Islam of Erbakan’s Milli Görüş marked a crucial divergence between these two Islamic movements. To this day, the Gülenists see their mission as a societal one focused on education and consider themselves to be a grassroots-oriented civil society movement. Their long-term agenda is to create a pious generation of Muslims. Education, the media, private sector entrepreneurialism and civil society were supposed to be the major areas of Gülenist activism, not the state or politics. Yet, the Gülen movement has become more and more political in the last 20 years, partly as a result of the polarization of Turkish politics between secularists and Islamists.