Demand for the release of Turkish teacher and his family is increasing day by day and civil society of Pakistan is protesting against abduction of Turk teacher Mesut Kacmaz and his family from their house in Wapda Town, Lahore last week.

Pakistan started closing down Pak-Turk International School system in the country after failed coup in Turkey because Turkish schools were under a group of Muhammed Fethullah Gülen Hocaefendi who according to Turkish government was behind failed coup against Turkish president Recep Tayyip Erdoğan.

Mesut Kacmaz his wife Meral Kacmaz and their two daughters Huda and Huma were picked up allegedly by Lahore police from their home on Wednesday September 29, 2017.

Turkish government has close relations with Pakistan government and both countries are engage in bilateral investments particularly in the province of Punjab. Turkish president Recep Tayyip Erdoğan is considered as personal friend of Chief minister Punjab Shahbaz Sharif.

It may be mentioned that Kacmaz family was (is) living in Pakistan under UN Human Rights protection. 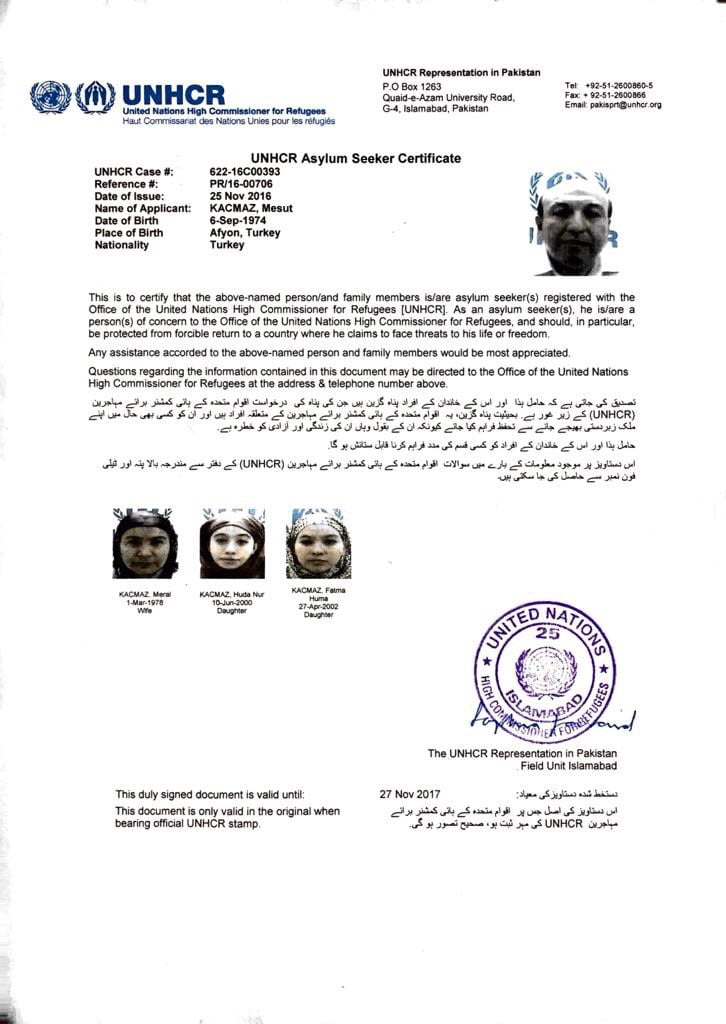 Saqib nisar sb, you are the CJ responsible for providing justice. On the day of judgment this will be a heavy burdon you have to carry…. https://t.co/Eju0jGjOxC

A successful teacher Mr. Kacmaz and his family kidnapped in Lahor, Pakistan
Nobody hears from them @ImranKhanPTI#FreedomToKacmazFamily pic.twitter.com/eAIUlNqnO9