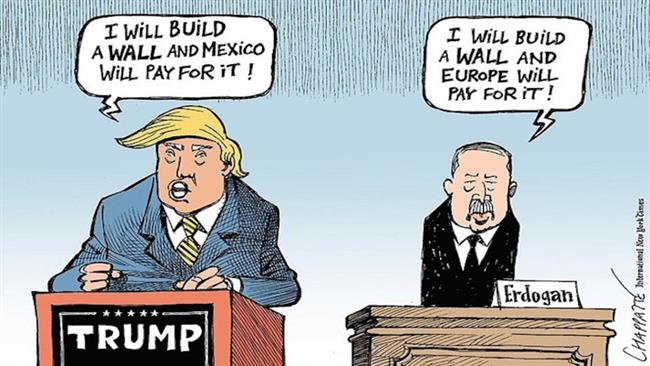 According to a letter sent from the Turkish Embassy in Denmark to the Turkish government, opponents of the Erdogan regime living in Denmark are being monitored.

The letter, which the Danish newspaper Kristeligt Dagblad has come into possession of, has been confirmed by Adnan Bülent Baloglu, the embassy’s religious adviser.

According to the letter, the embassy has collected information on four men and 14 schools in Denmark believed to be supporter of the Gülen movement – led by Turkish preacher Fethullah Gülen, who lives in the US and was blamed by the Erdogan regime for instigating the coup attempt in Turkey last year.

“This gathering of information is a state reflex in the aftermath of the terrible coup attempt that led to people being brutally killed. If these people are among us, we have to know about it,” Baloglu told Kristeligt Dagblad.

Baloglu doesn’t see that the Turkish Embassy’s information-gathering exercise is a problem.

“Have any of these people been hurt after the information was gathered? We will ensure that any provocation in our mosques is prevented.”

As religious adviser to the Turkish Embassy in Denmark, Baloglu is responsible for Turkish religious issues in Denmark and advises the 29 Turkish imams deployed to Denmark by the Turkish state.

The news has several politicians calling for action to be taken. Kenneth Kristensen Berth, the spokesperson for Dansk Folkeparti (DF) regarding EU issues, wants Baloglu kicked out of Denmark.

“It’s completely unacceptable and if it’s true, I can’t see any other course of action other than expelling him from Denmark.”

The news comes on the heels of 60.4 percent of the Turks in Denmark voting to give Erdogan permission to change the country’s constitution and gain more power from 2019 onwards.

And in late March, the Foreign Ministry summoned Turkey’s chargé d’affaires in Denmark following allegations that a number of Danes with Turkish roots fear being blacklisted by the Turkish authorities for speaking out against Erdogan.