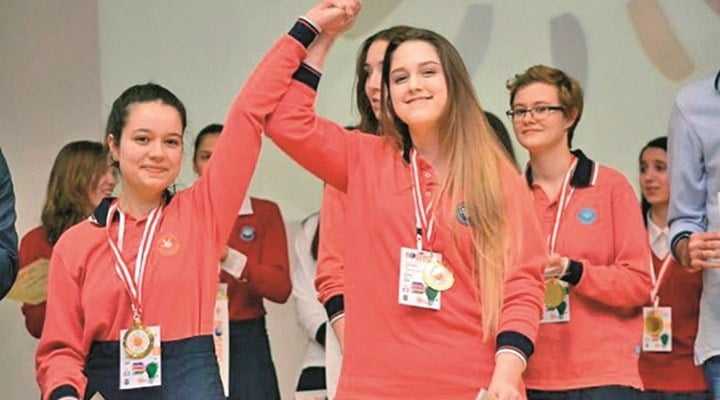 A Turkish school students’ project, which is designed for gasoline storage and bio-diesel manufacturing from chicken feathers, is among the 20 global finalists at the 2015 Google Science Fair.

The Google Science Fair is a global online competition open to students from 13 to 18 years old.

Project of Anela Arifi and İlda İsmaili, 11th grade students in the International High School of Tuzla, were initially among the 90 regional finalists. When in use, the project promises a cleaner environment, higher fuel quality and a healthier future.

Arifi and İsmaili will present their project in front of scientists in an event that will take place in Mountain View, California, where Google’s global headquarters are located, on Sept. 21.

The rewards to be given to the highest-ranked students include a total of $100,000 in scholarships from Scientific American and Google, and a trip to the Galapagos Islands from national geographic.

Anela Arifi previously won a silver medal in the song category of the 11th International Turkish Olympiad in 2013.